Time for another GiveAway… I know everything is about Christmas right now – everything!!! But after Christmas comes New Year and I have a fabulous book that I would really like you to have for the New Year. It is the kind of book that is just right for a the fresh start that a whole new year brings… 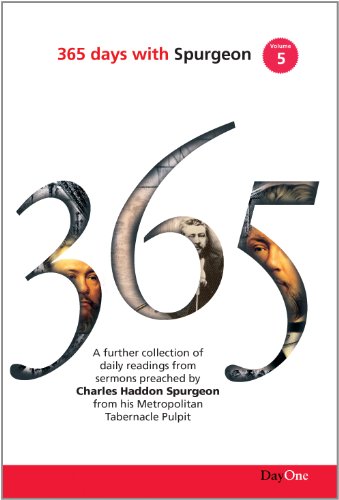 Yesterday our church celebrated a birthday – 165 year. Amazing really!!! Imagine the same folk worshiping together year after year, from generation to generation to generation, down the line of families and there we are sitting in a pew on Sunday mornings carrying on the torch. How important is it that we are shining lights in the world. I know it is almost Christmas and the world goes kind of crazy, but in the midst of that the legacy will go on. And I hope and pray that our children’s children’s children will be sitting in a pew 165 years from now on a Sunday morning and that they too will be praying that they might be shining lights in the darkness. I am hopping that by faithfully teaching our children the history of their church that they will feel a heritage in their hearts.

So I played “Did-Ja-Know” with my kids today and they learned a little about the man Charles Haddon Spurgeon, the man who is famous for his preaching and his message and his prolific collection of sermons…:

We will see if anyone around here remembers these facts by the end of the week. There is a great biography to watch and lots of fabulous links on this site. We would love you to leave an interesting Spurgeon fact for us to learn in the comments.

As usual I have to thank CBD, our GiveAway book suppliers for another great book.

The GiveAway works in the usual way, comment before the end of this coming Sunday, 4 December 2011, and we will draw and publish the winner next week! – I won’t respond to your comments as I do on our other posts because I don’t want to be included in our own giveaway.

Our GiveAways are open to everyone: If you have won a GiveAway before never fear – enter away. If you live on the far side of the world – enter away. Postage takes forever from here but eventually it should get to you! Good luck and get commenting!!!