A couple of months back as most of our readers ended their school year… I received a number of emails asking me how do I deal with the end of year homeschool clutter. We have just had a two week “science breather’ and I realised, now as so many folk are thinking about a new school year, that the end of year chaos could easily be resolved at the start of the school year. New books, new plans, new ideas, but there is a problem, there is still a pile of last year’s work lurking on almost surface. There are books, papers, and piles of stuff that got put on the side when guests arrived… popped into closets when family came to stay and who knows where all the important papers, that you really meant to file are… buried all over the place. 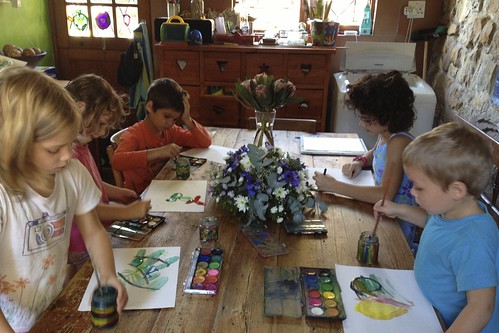 I know that end of year overwhelming feeling and you can’t shake it off and start fresh… it sits like a little cloud over your summer and certainly dulls that “new beginning feeling” if you have to start your new year buy burying into piles of chaos before you even begin. I know one always plans to spend the last week of the year tidying and sorting and getting ready for the next year… finishing up those relentless projects and putting anything away… but friends visit from out of town, and family comes to stay… not to mention you are out of energy. And those lofty plans to end your year all sorted… sort of wither away and summer break takes over.

Now to an outsider our school year is pretty much all year round, we have this thing called family school where we sit around the table after breakfast and learn new things together. For the more official part of our school year we use Sonlight, and go pretty much 36 weeks straight and maybe add in an extra week or two for science, here and there. We are about a third of the way through our official school year and we took a breather a science week. It was a chance to stop and think about how we avoid the end of year chaos. I should add as we tend to school throughout the year the fine line between the end of one year and the start of the next has become a little less defined. Also, we school and live in our kitchen… we have nowhere to hide. Our school stuff has to stay more or less under control throughout the year. So we don’t have such a huge end of year problem to solve, and we pretty much have a “tidy as you go” policy… 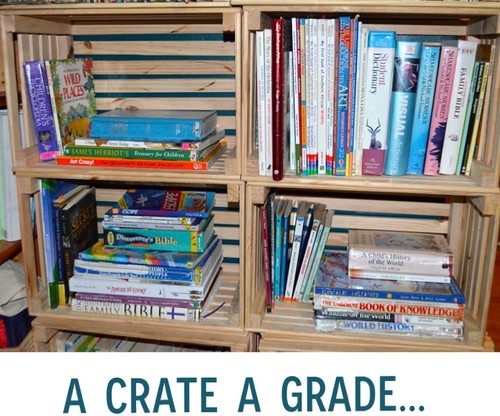 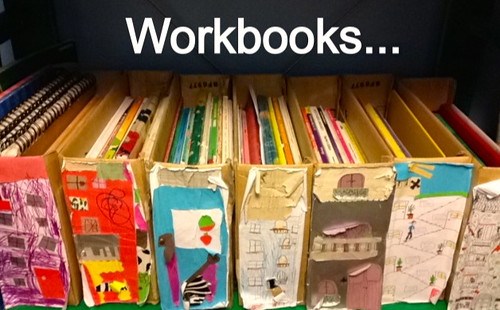 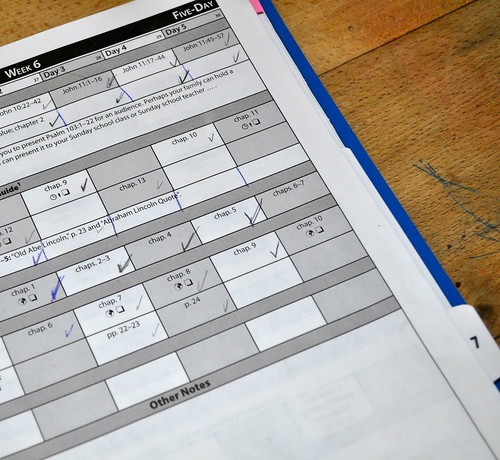 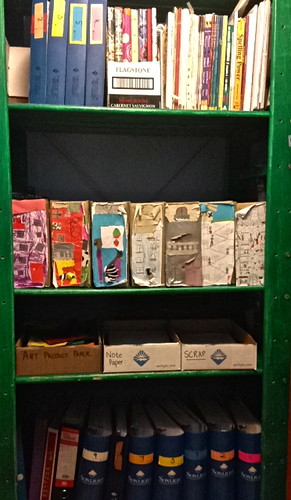 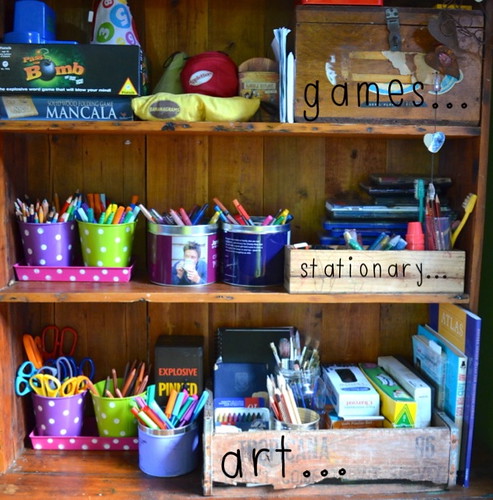 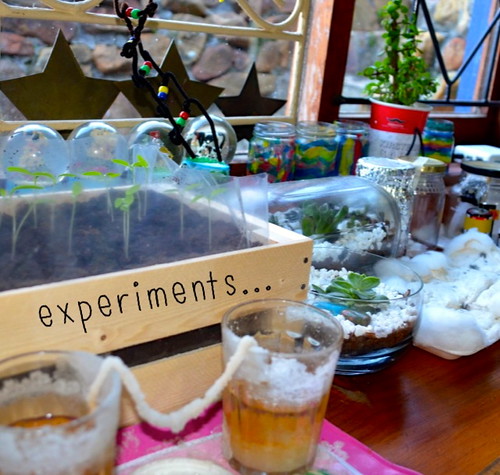 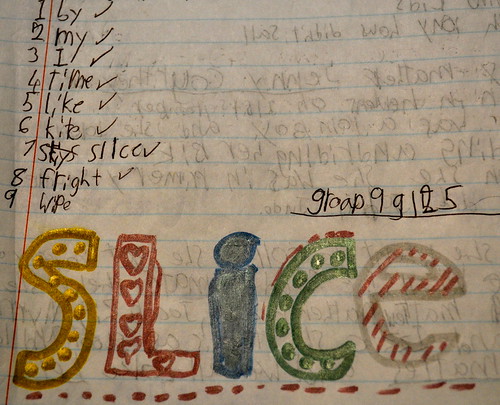 Basically curbing the homeschooling chaos is pretty much like any other project, even cooking dinner: Start as you wold like to finish, clean as you go and ditch what isn’t working. Schedule in heaps of space for unexpected and delightful surprises and don’t stress too much… the pile of papers that gets jammed in a drawer because guests are coming is probably not going to make the difference to whether your child is going to get into college or not, and if it is such a vital document then put it somewhere safe already. I have a feeling that it is far more important to be spending time learning and exploring new things than organising and taming the accumulated stuff… you don’t actually need a whole room, or walls of carefully mounted storage systems… dive in and learn with what you have and if you just can’t face cleaning as you go, then schedule in “work days” every couple of weeks, for clearing out and cleaning up and starting fresh.

6 Replies to “Se7en + 1 Tips on Curbing the Homeschool Chaos…”