The Children’s Laureate is a title awarded to an author or illustrator of children’s books, in the United Kingdom, to celebrate an outstanding achievement in their field. The Laureate holds the title for two years and the current Laureate is the author/illustrator, whose books we happen to love and adore, Chris Riddell. Chris Riddell was in Cape Town last week for the Open Book Festival and we were lucky enough to spend a morning chatting with him and getting to know him better. For some of the gang this was way beyond a dream come true, this is a man that has created many, many family favourites and it is routine for me to read through some of his books, a lot more often than “once in a while.” 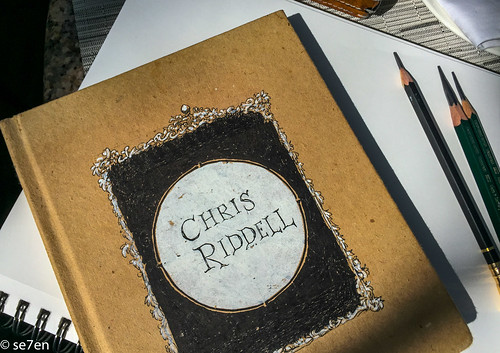 The thing about Chris Riddell is that you don’t actually interview him, he simply doesn’t stop talking from the get go. This is wonderful… you don’t have to worry about awkward pauses or wrack your brain for polite conversation. He can just naturally spin a yarn, we were literally hanging on his every word and he spun one tale after another. Actually, you would be hard pressed to squeeze a question into the conversation anywhere, you literally have to hang on for dear life and just go with the flow. My kids are tenacious and their interviewing skills continue to improve dramatically, they managed to get se7en + 1 questions in and then some. They also managed to get countless books signed as well as a sketch or two in our ever expanding sketchbook. 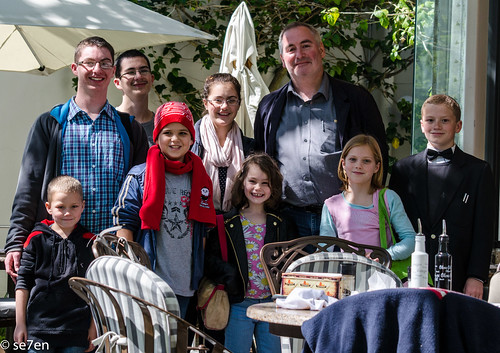 Chris Riddell has a five point plan for his time as Laureate, it involves drawing and drawing and drawing. You can, and if you are a fan you simply must, follow him on instagram, where he posts his daily drawing from his Laureate Log Book… and a whole lot more. Anyway he arrived at our meeting with a pile of sketchbooks for us to browse, and a pocket full of pens. 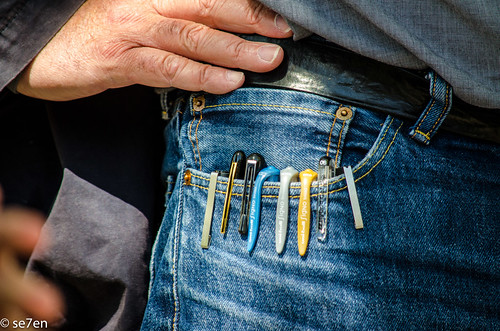 He began by telling us how The Goth Girl became such beautiful books… in “the Department of Making Books Beautiful” there is an editor that sits with a long list, like a shopping list… and together they go down the list and tick off: embossed pages, mini book within the book, chalkboard cover, with glittering gold, sprayed edges (he had no idea what those were, but he felt it sounded right and later discovered they were exactly fantastic. 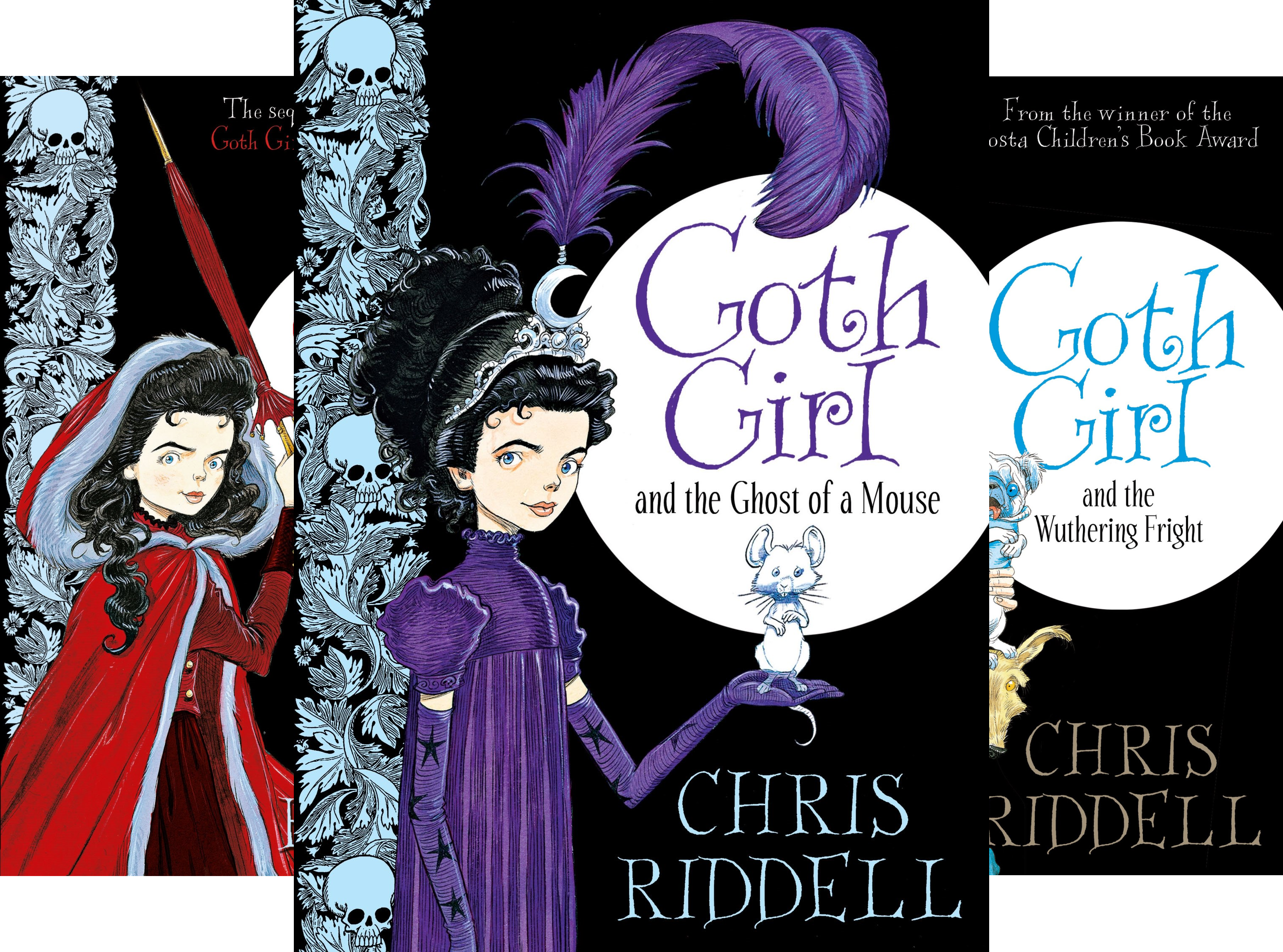 He told us he would love to be disciplined, he feels he would get so much done, but he finds it really hard to determine the difference between drawing to relax and drawing for work. He went on and told us all about chilling and then on top of chilling there is relaxing and together that makes “chillaxing.” When it comes to drawing, he draws all the time, for work naturally, but he also draws to relax… so either he works all the time or he never works, but he is always drawing. 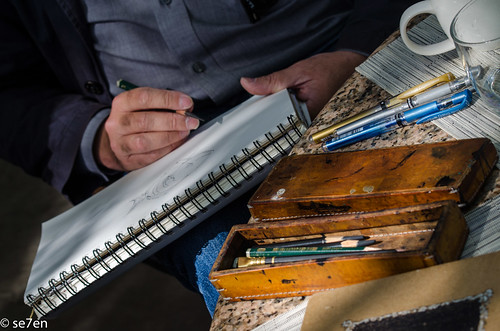 He has always loved books with places and maps, in fact a map makes a book. One of his all time favourite illustrators would be E. H. Shepherd and his wonderful 100 Acre wood. If you take a look at Chris Riddell’s books, they all have fabulous maps in them with intricate details, places you want to go and feel you must visit. 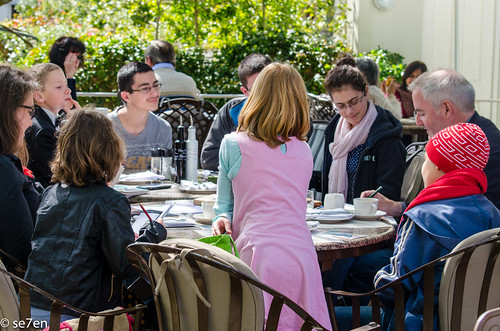 As a child he drew and drew and drew… only he didn’t know it could be a job. He absolutely loved the illustrations in Alice and Wonderland and was quite obsessed with drawing the rabbit… again and again and again, in order to get it right. When he chose to study art at school, a very academic school… it was somewhat frowned upon and he was told he could study art if he also studied Greek Architecture. At A-levels, when he chose to do art, his headmaster again intervened and insisted he do English Literature as well. He actually thought that when you finished school you had to go to university and he was almost wandering down that road, when his art master suggested he try art school instead… he never looked back. 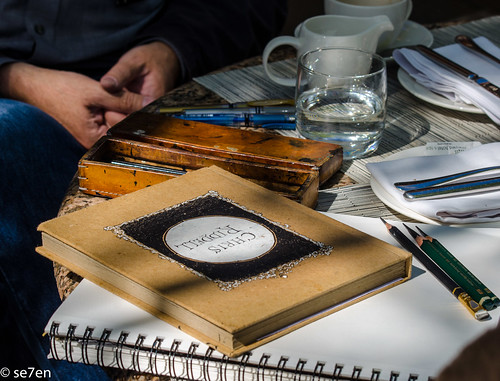 It is one thing to go to art school and quite another to be an illustrator… after three years of sitting in draughty rooms drawing people of all shapes and sizes without their clothes on, he had this idea that he would head for London. In London he would show his portfolio to a number of publishers and they would snap him up and say “come and work for us.” Reality was a little different… Actually after many unfortunate meetings one publisher said: “I can see you can draw, but where is your story?” Well Chris Riddell claimed he had left it at home, he dashed home and stayed up all night creating a story… and returned the next morning for a meeting. His book was accepted and his career was off. Drawing remains his first love and words are in his books to simply illustrate his illustrations. 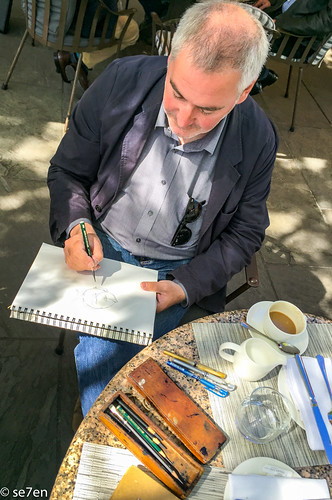 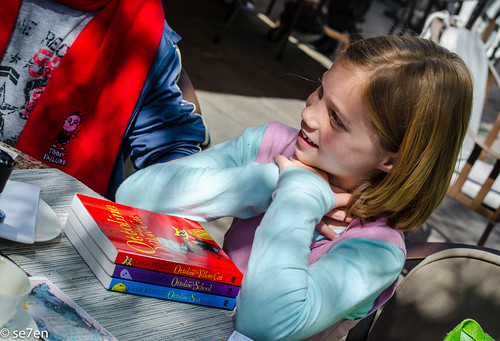 He has an impressive collection of pens and pencils, gilt pens for signing the black pages of the Goth Girl Books, and plenty of pencils sharpened with a blade – and that’s a whole ‘nother story. But his absolute favourite pen is an a frightfully expensive Japanese brush pen. 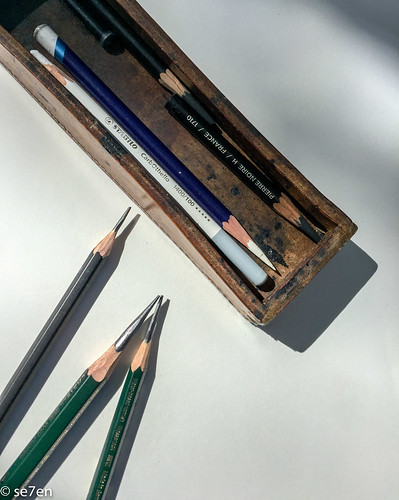 Loves seafood and anything with octopus… calamari is his favourite favourite. And someone is always going to ask about breakfast: For breakfast… well the thing about hotels is that you can eat egg and bacon everyday and he loves that, and he definitely can’t do that at home. So eggs and bacon it has been. 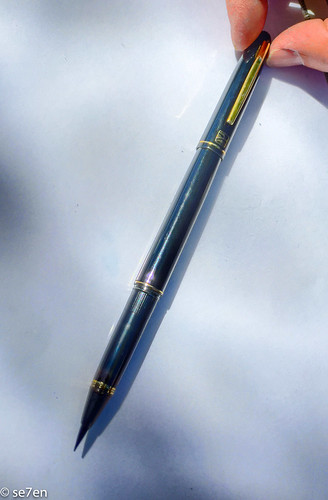 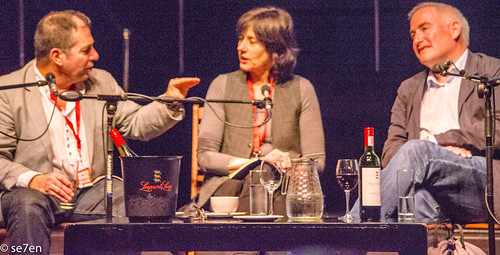 Chris Riddell just happens to be a political cartoonist, yes there is a somewhat serious side to illustrator as well. On Saturday, as part of the Open Book Festival, he had a discussion with the famous South African cartoonist Zapiro. I took my teens along for a listen. The conversation was fast and furious, they both have an interesting view of the world at large. The differences between being a South African Cartoonist during the political rise and falls of a pre and post-apartheid era, compared to that of an English political cartoonist, are vast. They both believed that cartoons were cartoons and not 3 volume commentaries, politicians provide the words, and speech writers the metaphors that cartoonists create with. They both expressed the importance of not offending the powerless. It was really interesting to see another side of the author/illustrator, one that still spoke almost without pause, but with different view of the world at large.

Huge thank you to PanMacMillan South Africa for the opportunity to meet and spend time with Chris Riddell, not to mention thank you to Chris Riddell for his time and patience as he was bombarded with questions and requests for pictures… and he handled them with utmost patience and grace.

15 Replies to “Se7en + 1 Meet Up With Children’s Laureate, the Author Illustrator, Chris Riddell…”