If I had to sum up lockdown in an image… it would surely be this prickly caterpillar crossing the great wide road. 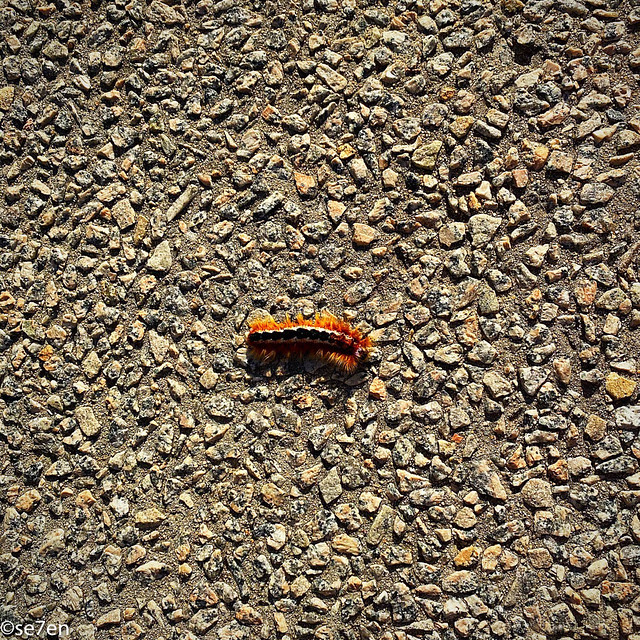 Somehow all alone against it all, yet never alone… because “several” kids. And somewhat prickly… because of all the “Ying/Yang” feelings that lockdown brought: Lots of lovely close family time vs missing my newly weds who had moved to the farthest corner of town; Spending more time chatting and interacting with extended family and completely abandoning friends because suddenly all my “very independent kids” were extremely high need; Loving the freedom of not thinking about how many extra friends would be popping in for dinner, and trying to think of interesting meals that weren’t the same and yet made from the same available ingredients, again and again and again; Enjoying the social solitude and time to read so many books, and yet paralysed by grief at the losses so many close friends have had to go through because of this virus. 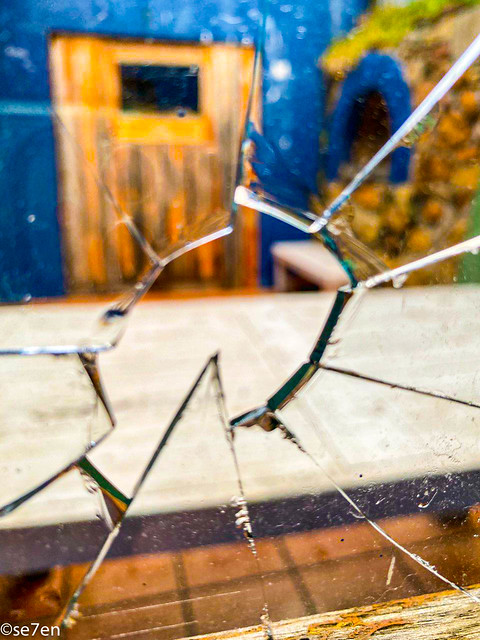 I am guessing the rate of attrition and breakages with a gang of kids in the house is high at the best of times, but during lockdown when everyone is at home… all day long it becomes so much more noticeable. My kids, who broke one window in over twenty years of parenting and have been smashing windows continuously, week in and week out. They have also learned to repair windows. There is a very strong policy of “You break it you fix it!” over here. 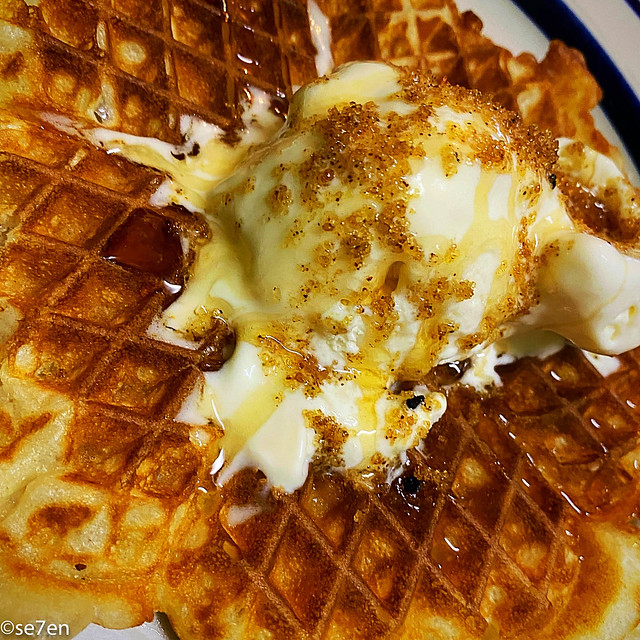 I am all about feeding the troops and very familiar with the institution of a second breakfast. Aren’t we all Hobbits after all? Then lockdown came along and dinner got earlier and earlier… and the endless curfew never left us… my kids needed a second dinner every night before they would even consider the idea of bedtime and sourdough waffles have become the new norm. 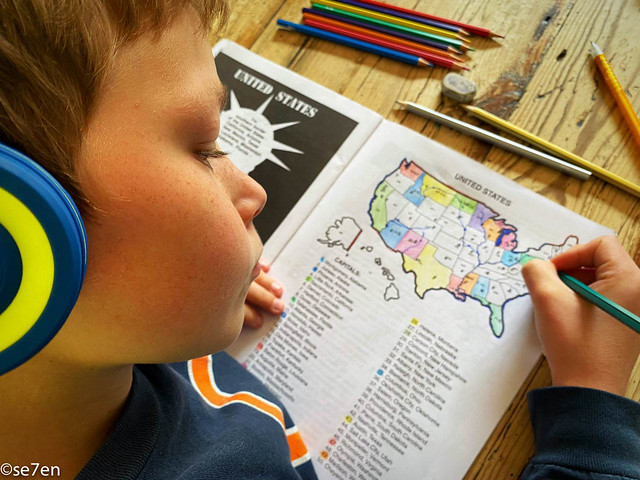 We typically schedule our school year with most of the summer months off and then several of the winter months we work through all at once. That being said, we would always have at least one day of the week off for a hike, or an outing of some sort. Turns out that, in the year of a pandemic, even when we are in the season of working straight through, we can do week after week of school without break, the rhythm helps us all go with the flow. I do have to say that we have been somewhat relaxed with school and our school days are extremely short. I have let the kids sleep a little later in the morning, especially since anything that might once have resembled bedtime has simply been tossed out of the window. So school has been a lot slower than usual, I have been gentler on my gang, we have read a lot more, we have played a lot more and the work has been waded through… but to be honest, as teacher in charge, it has felt somewhat relentless… I am desperate for the long lazy weeks of summer, though I have a feeling that this years summer is going to be very different to our typical summers. 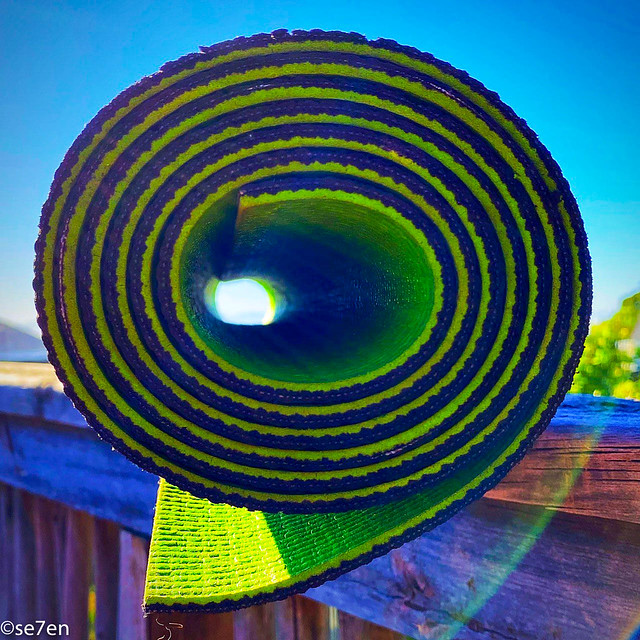 I was idly scrolling through my instagram in the first week of lockdown, feeling terribly sorry for myself… because all the fitness that I had spent the last few years working on, were about to get tossed down the drain of sitting about day in and day out, waiting for something to happen. Well, as I said, I was idly scrolling through instagram stories and as a fan of Dame Kelly Holmes, I noticed she was doing a Core Workout… it didn’t look too bad, I could do a few crunches, so I joined in on the couch and then twenty five weeks of core workouts, every weekday morning, I am still joining in. Crazy but true, the one part of every workout that I have always avoided was The Core, because let’s face it after several pregnancies I no longer had a core… I have finally started to recover. Nothing incredible, but I no longer avoid core workouts.

First the tap in the shower broke, then the pipes under the kitchen sink started leaking, then the toilet stopped flushing and the plug stuck irretrievably in the bathroom sink. I cannot explain… none of these situations are permanent or a massive problem. But in the middle of a pandemic, it felt like the end of the world. 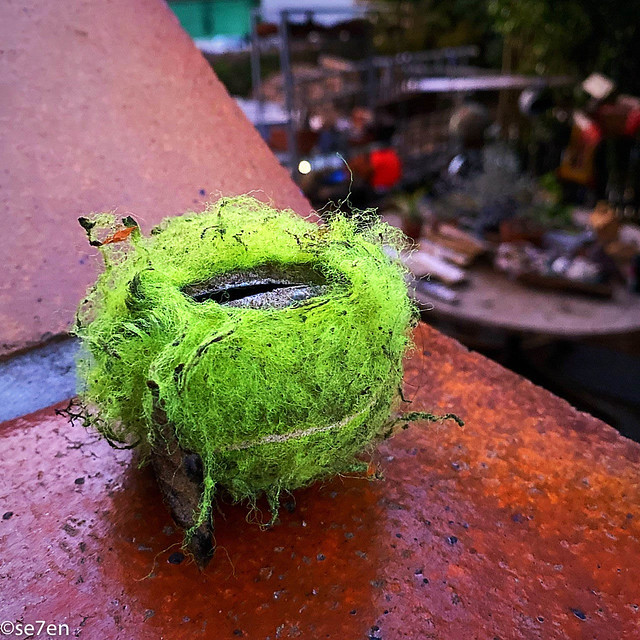 Lockdown was announced from one day to the next and when the whole world was out buying flour, I was running on the beach with our pup… and could not imagine how we were going to survive twenty one days without a run on the beach. Three weeks turned into five months and What I should have been doing was dashing to the store and buying tennis balls. Because, who knew that in this crazy lockdown world, tennis balls would not be considered an essential item and would not be for sale. It is one thing to pop a tennis ball into your shopping cart, when the old one gets a bit manky… it is quite another thing when you have to keep a ball going, for weeks on end, when it is long past the “this used to be a tennis ball” phase. 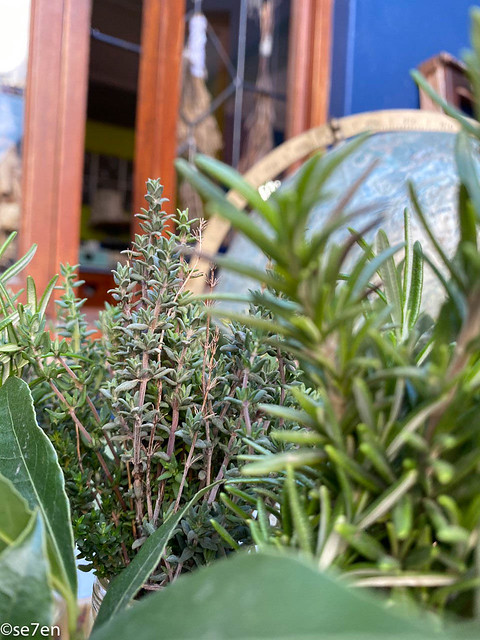 At the start of lockdown, when the idea was we would be in lockdown for three weeks and everything would go back to normal afterwards… the idea of a small project a day sounded wonderful. I confess that initially I thought… I could spend a full week on sorting the house (what a dream) and that I would reward myself with a week in the garden, followed by a week of school planning and sorting. I knew not to go insane with massive home improvements, but a little tweak here and there would surely be manageable. I didn’t count on my energy literally draining way under the stress of it all… and the fact that home projects tend to require one to head to the store for this and that or to deliver things that you are donating and no longer need. And going out was not ever an option. I have discovered that as long as the projects are really small and “contained” and that we use whatever resources we have lying around… that slowly but surely we were getting things done.

Those little things that never get done, because life is really too short are beginning to get done. We finally have a working vegetable garden, our kitchen storage is finally getting sorted out after years and years of “randomness.” When three weeks of lockdown became several months, the projects had to get even smaller… step by step things are getting done, but that is a whole ‘other blog post.

2 Replies to “Se7en Things I Never Expected from Lockdown…”