It has been a week spent creating and making and baking… ’tis the season for our kids to spend some time at the table making and creating gifts. 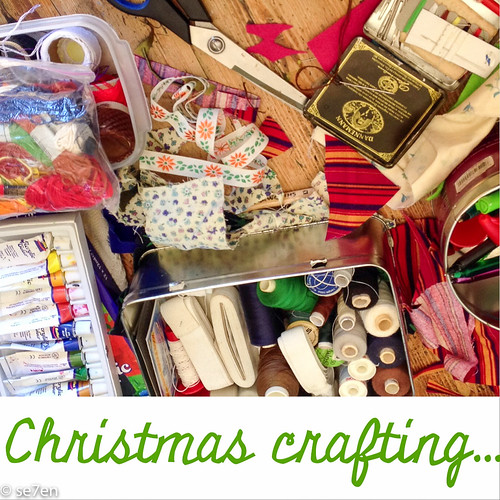 One person supplied us with eats and treats… Because someone has to sustain the troops with Christmas cupcakes… And lots of mixing… 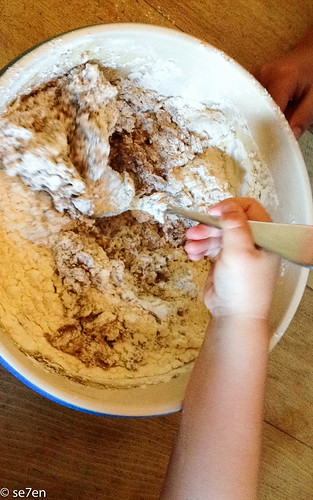 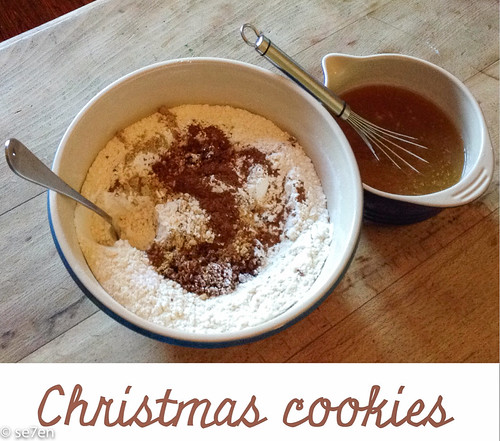 To finally get our spicy christmas cookies on the go… 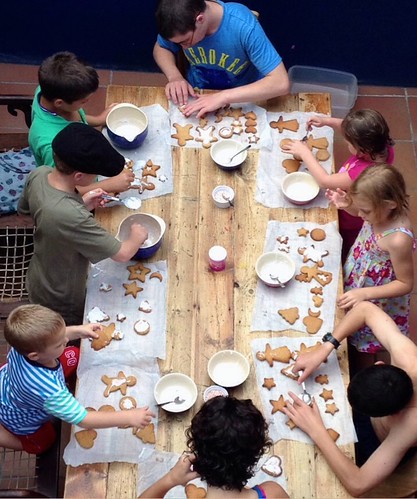 And then we forgot about them till late on Christmas day… Carefully peel and cut one of the grapefruits into segments, removing the pith. With the other grapefruit, first grate the rind off using a fine grater and then squeeze the juice out. Also squeeze the juice of the two lemons. Place the grapefruit segments and juice, the lemon juice, the sugar and the butter into a pot and very slowly warm them until the butter have melted. Then beat the eggs together and strain them into the mixture, stirring all the time. Cook very gently for about half an hour until the mixture is thick enough to coat the back of your spoon. You have to keep the mixture from boiling, else it will curdle, just gently heat it and patiently stir it… it will thicken eventually and you can store it in jars. Roughly chop these ingredients in a food processor and then place in a large pot:

Add to the pot:

Boil the mixture up and then leave to simmer for about half an hour. Remove the spice bag and the celery stalks and store in jars. We use this as it is on pasta, as a pizza base, as a chip dip… really for anything you might need a sauce for… it’s good, try it!!! Honestly this is so easy that we have made it again and again… love it!!! Well the Caramel Sauce didn’t last long enough to get it’s photograph taken… so quick and easy. Here’s how to make caramel sauce: Put eight table spoons of butter and two cups of brown sugar and a cup of cream in a pot. Let the pot simmer and stir it for about five minutes, then add a teaspoon of vanilla essence and stir for another minute. Your sauce is ready and you can keep it in jars… though it won’t last long enough to keep. If you are looking for the quickest, easiest fudge recipe in the world, then follow this link. The fudge will last marginally longer than the sauce… in fact you may even be able to leave it long enough to cook and to wrap up.

Every year our children pick names from a hat and make a gift for one of their siblings for Christmas… it has to be something the other child will like, and be made from stuff we have lying around at home… it is a “no-shopping-required” kind of gift and mostly we have all the necessary materials somewhere around the house, they just have to figure out a way to use them. If you follow us on instagram you would have seen these gifts as they were created. 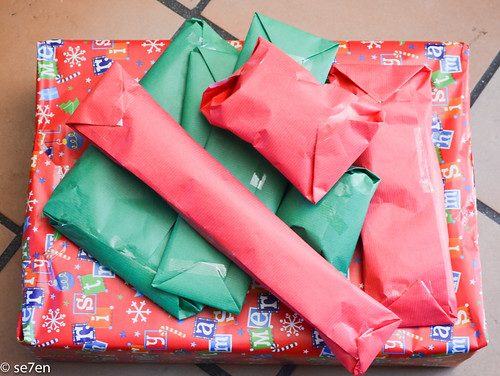 A packaging box, transformed into cubbyholes to be come a lego-display case. 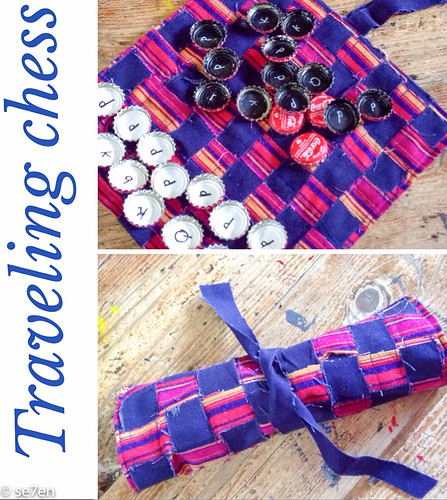 A traveling chess set for the keen chess player. The fabric for the board was woven and then stitched and then a fabric backing was stitched behind the board on three sides, to create a pocket for the bottle-top pieces. 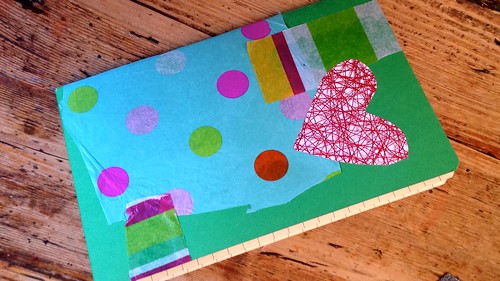 A Scrap diary: Every couple of pages a new calendar month was popped into the notebook and an envelope placed on the page for collecting and gathering little bits and pieces throughout the year. A favourite pair of old jeans was chopped into useful pieces and then stitched back together to create a book bag with dozens of pockets of all shapes and sizes. 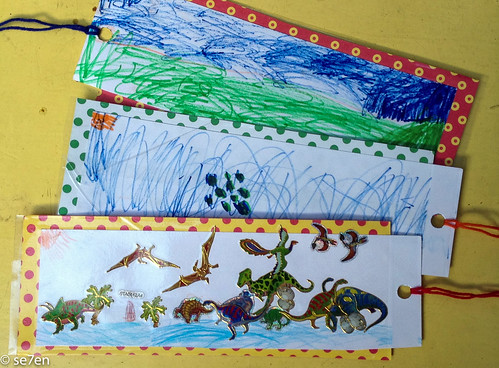 Much needed bookmarks by the littlest guy for a big brother, because everyone needs a book mark or three!!! A traveling sewing kit for the avid little sewer that keeps trailing sewing bits and pieces all over the house. 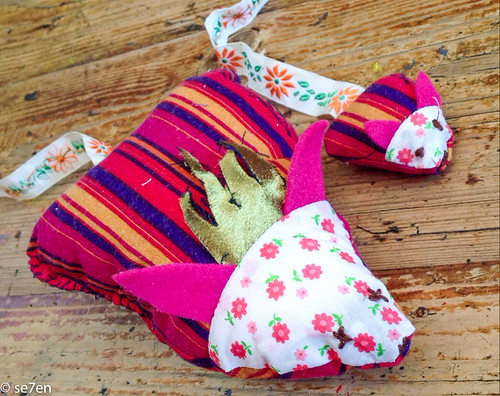 A Royal Mouse: with a special pocket for her baby. 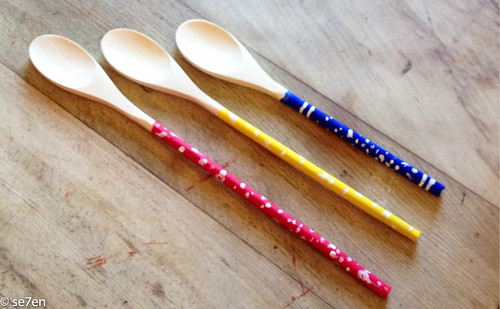 Some painted wooden spoons, that were really quick and easy to make.

And that’s us, fun crafting gifts… until next Christmas!!!

10 Replies to “A Week of Making and Baking, Se7en’s Christmas Gifting…”