It appears to be a week of books on our blog… settle in there are going to be books abounding. Oliver’s Outline is a new picture book on the block, by Alan Glass and illustrated by Sandy Lightly, published by PanMacmillan South Africa. Earlier this week we met up with author, Alan Glass and what a fun and lively interview followed around our kitchen table. We have a copy of his new book, Oliver’s Outline, to Give Away to one of our readers… 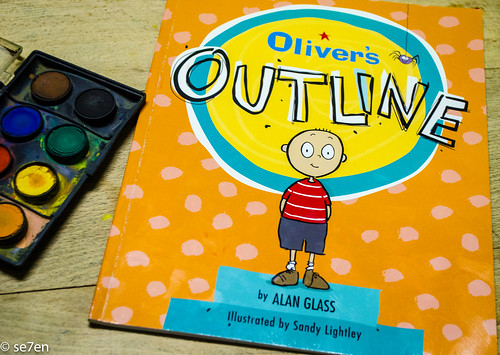 Oliver’s Outline is the story of an ordinary looking lad, in an ordinary looking house, with an ordinary looking family… but look again. Oliver has no outline, he is different and he is troubled to find himself different. His parents encourage a very tentative Oliver to head out into the world and seek his outline. Oliver bravely heads out into the world on a fantastic adventure. As the adventure unfolds so more and more outline appears in the illustrations, and finally Oliver realises that he is complete. This book is about a young person who feels that he can’t “fit in” because he is different… Only to discover somewhat triumphantly that he is quite complete just as he is. The book is written in rhyme and this, along with the illustrations, makes the book. You want to read along just to hear the rhythm play it’s way out… and to see Oliver succeed. I have to say our copy of the book is looking somewhat worn already, it has been read and re-read… not to mention inspired an afternoon art session. My younger guys sat around the table painting folk without outlines… fun times!!! 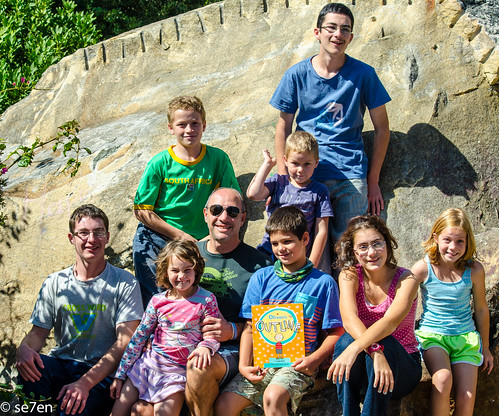 Alan Glass is a South African author, who lives in our neighbourhood… they seem to flourish here. He recently wrote Oliver’s Outline, but he is clearly a man of many talents, with lots of interesting and creative jobs under his belt. Not least of which was creating a heap of parent friendly music for kids and number of books to go with it. Let me just say… bravery award to the author who isn’t afraid to take on se7en+1 kids all at once and answer a barrage of questions… 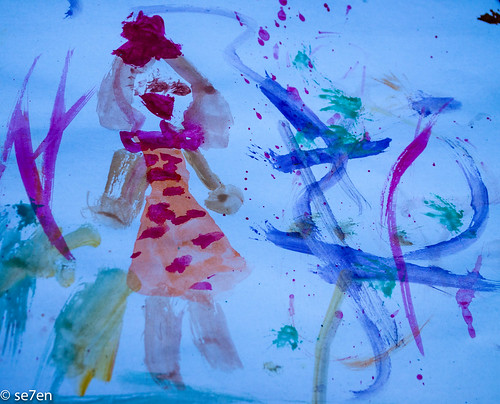 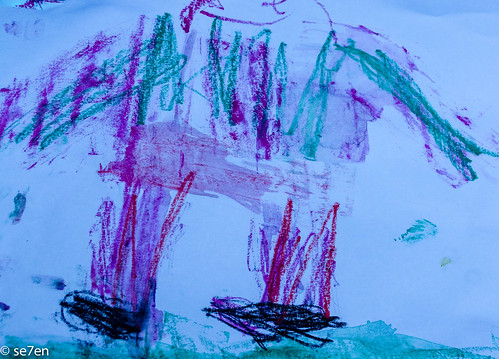 We have a copy of Oliver’s Outline to GiveAway… This GiveAway works in the usual way, leave a comment before 23 April 2015 and tell us “where you would go on an adventure.” We will draw and publish the winners in the following Fabulous Fun Post. I won’t respond to your comments as I do on our other posts because I don’t want to be included in our own giveaway.

Our GiveAways are open to everyone: If you have won a GiveAway before never fear – enter away. If you live on the far side of the world – enter away. Postage takes forever from here but eventually it should get to you! Good luck and happy commenting!!!

We would love to thank Alan Glass so very much for spending time with us and we would like to thank PanMacmillan South Africa who provided us with two copies of the book, one for review purposes and the other for a giveAway. This is not a sponsored post, we were not paid to write the review and the opinions are as usual entirely our own.

17 Replies to “Se7en + 1 Meet Alan Glass, the Author of Oliver’s Outline… And a GiveAway…”