Conn Iggulden, the co-author of the fabulous, Dangerous Book for Boys, also happens to be a master story teller in the historical fiction genre. We have reviewed the first two books in the saga as they released, but when I received the third book to review just before Christmas, I decided to go back and reread the series from the start. You know, revisit and really get into them. These are great big fat books, packed with names and places and a second reading made them so much more enjoyable as I had a good idea as to who was who in the complicated English hierarchy of the fourteen hundreds. The Books are set in the heart of the English Civil War and we read our way through the ever-changing and precarious balance of power that revolved around the frail King Henry VI. 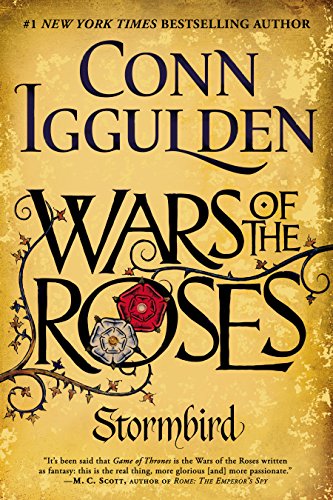 The book begins in 1437 with the marriage of somewhat frail, unstable and easily swayed King Henry VI to a young Margaret of Anjou, representing France. The hope is that the marriage will cement the two territories. The book is really a coming of age of the young queen, as she grows in power and stature… she is not the little French pushover that the English court were hoping for. The king’s right hand men: Derry Brewer the spymaster and William de la Pole, the Duke of Suffolk, realise they don’t have quite as much freedom in ruling their country as they thought they would. Then the king slips into unconsciousness, and you sense Queen Margaret’s desperate situation, as she keeps things going for the sake of her king. If you enjoy historical drama then this is a good place to start, dive straight into the middle ages… where relationships were guarded and friendships fickle… your world could be turned around on a skirmish. Enemies are made across the political table, and alliances are built purely on who needs who… the folk one the ground are simply pawns in the spiral of dramatic moves that take place over their heads… One day they are Englishmen happily living in France and the next day, might look the same, they are the enemy. The book has a slow start, as you try and get to know who is who… but press on you will learn your way around in no time… your life depends on it. 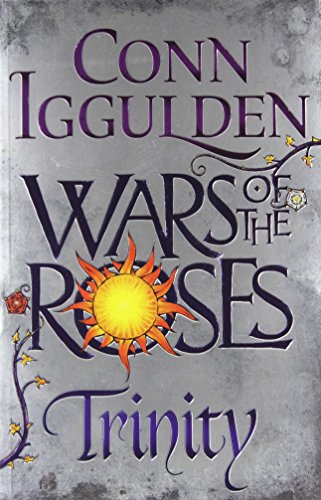 It’s 1451, King Henry VI has been unconscious for over a year and his wife, Queen Margaret has fiercely protected his interests, in the hopes that he recovers and gets to meet his young son. The Duke of York, in the shadow of the king, hopes to usurp him and is deeply humiliated when the king experiences a dramatic recovery and sees through his plot. The King “awakens” and rallies his kingdom together to protect the throne and his family’s line. This book is packed with battles, one fight after another… knights fighting nights, rebels trying to get ahead, surprise attacks and carefully plotted procedures… and a queen quietly slipping between them, staying just one step ahead and protecting her king. I found I had to take pauses and savour things as I read… this isn’t a read a sitting kind of a series… there is a lot to absorb, the ongoing cleverness and trickery that goes on behind the battlefields is nothing short of intriguing and took a little time to gel, before I could dive in and read the next couple of chapters. 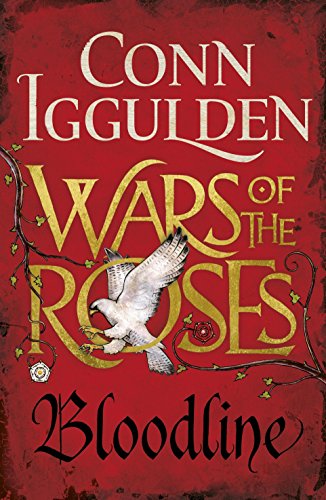 Book Three begins in the winter of 1461. The Duke of York is dead, his family unforgiving. The Queen of England, Margaret, has gathered a Northern army together and is rushing to the rescue of her imprisoned king, King Henry VI. Finally, things appear to be falling into their rightful place, only the death of the Duke means that his heirs and sons rise up to fill his gap and are more than ready, not to mention trained to avenge their father’s death. Edward, the formidable Duke of York’s son claims the crown as his own… And there is the battle of all battles at Towton… a frail king’s army fighting for survival against a vengeful angry army, headed up by Edward an all powerful knight, with nothing left to lose. At this stage Margaret is no longer the naive girl that we met in the first pages of book one, Stormbird, she knows what she wants and nothing is beneath her or beyond her to get what she wants.

The scheming never stops, the plot thickens and thickens some more. The main players die and are replaced in a flash. There is a lot to read and understand in these books. They read somewhat like a vast list of facts, layer upon layer of events are piled upon each other. The story winds its way through them, it is hard to take sides. You find yourself neither for nor against the heroes… somewhat in awe of the lengths they went too… if you are looking for a series that will last a while and that you will get caught up and somewhat lost in… then these are great reads. Not to mention there is an impending fourth in the series…

Conn Iggulden’s War of the Roses Series was given to us for review purposes by Penguin Random House South Africa. This is not a sponsored post and opinions expressed are entirely my own.

8 Replies to “Book of the Week: Conn Iggulden’s Wars of the Roses Series…”