It is world breastfeeding week and I’ve had a fair amount of experience on the topic, as I have traveled a nursing journey from one child to the next… I thought it wouldn’t be right to let the week go by without some comment… If think that if most babies could write a letter to their moms it would probably say:

Dear Mom, We are going to have many battles, choose them carefully.

Don’t wish these moments together away because they will pass all too quickly,
While I am to seeking to grow up and spread my wings with all my might,
We will miss these special times together.
With love from your baby…

Folks have written so much about breastfeeding… how to get started, how to keep nursing, how to wean… everything… there are copious books about nursing and support groups and lack of support groups – there are so many folk who know so much about nursing and yet no one ever talks about the battle… the uphill battle for moms and their babies when it comes to nursing. We all have this magical idea that we will sit in a rocking chair and a night gown and our small baby will nurse quietly and fall asleep and get placed carefully down so that we can get on with the “real” busy-ness of being a mother. No one mentions that a baby can chug and gurgle all the way, sit up, spit up, and repeat for hours on end. I don’t think marketers would be able to sell too many baby products if you knew that the work of new motherhood is having some loving arms and a lot of sitting or rocking around.

When I was pregnant with my first child I read copiously about pregnancy and labor, as an afterthought I read a book about nursing, but my whole drive was towards labor and getting through it… There are more than a few things that I wish I had known about nursing. As your first child is born, so begins the first battle… This first fight is with folks that want to help, but they aren’t that helpful. Bad advice abounds, folks will suggest all sorts of crazy things to “help” you and your baby to get off to a good start. If I had known what a difference a trip to a La Leche League Meeting in my area, even before I had our baby, would have done to my nursing skills… Nothing on this earth would have held me back!!! Support from real moms in the trenches, who are parenting the way you would like to parent is invaluable. 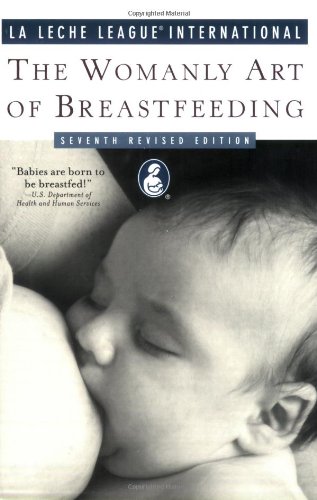 Once you have appeased the helpful folk the next battle begins… and this was a battle with myself. My firstborn was not an easy nurser and I like to get things right. We were an awful team – I used to dread feeds, he didn’t latch well, he took hours and the only time he ever slept was when I thought he should be nursing. It took about several weeks before we got it right, until he fed his fill at a feed and until we were both comfortable with the whole process – some of the time. It took at least three months for us to get it right most of the time. Before you have kids you have no idea that most babies you see out and about in the world are not newborns or firstborns!!! Most out and about-ers have older babies or more experienced moms. It is a skill to go out with your baby and an even bigger skill to go out and nurse your baby. And then the next battle began… More helpful advice flocked in… Just as we had settled. Do you know if your baby doesn’t take a bottle now then it never will. Who cares if my baby doesn’t take a bottle, I was having sleepless nights already so I didn’t need to spend time up worrying about this. And just getting back to those sleepless nights… if I just gave my infant a bottle with some cereal in it before bedtime then apparently he would sleep through the night. There is NO documented evidence to this fact, but you would not believe how many folk told me that!!! Needless to say, I was so happy that we had finally gotten our nursing right and I was totally happy that my baby was nursing that I wasn’t going to interfere with our feeding rhythm by adding bottles and cereal into the mix as well… Seriously, this whole parenting thing is a one step at a time experience!!! By the time my child was three/four months old and doubled in birthweight and he was at that gorgeous rolly polly stage of giggles and gurgles… that perfect time just before teething enters in!!! Then, cultural wisdom begins the next fight: Your child must start solids, if it doesn’t eat three meals a day of organically-ground-home-grown-mushed-vegetables then it will never try new foods and it will be entirely your fault if your child is a picky eater. Now all this advice goes against all the best breast feeding advice in the world… but the pressure to be the best mom is intense… And armed with the fact that a baby should only have milk for the first six months of its life – for brain development and I like my brainy babies, this is another fight I chose not to have with my child. We chose to start solids when our babies were ready and nothing mushy ever entered the mix. 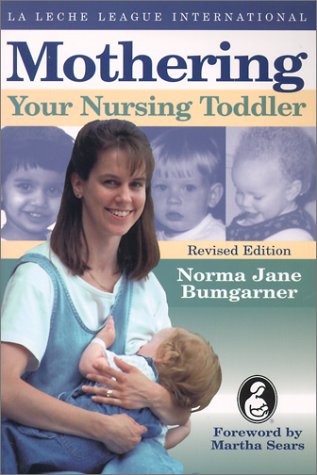 You would think all the fighting would go away, but the next battle arises… almost as soon as you should have started solids you have to start weaning your child or it will nurse forever… if your child has teeth then you must wean. If your child doesn’t wean it will be clingy. In fact at this stage, if you were ever mad enough to let your child sleep in your bed, then it must be gone because otherwise it will sleep in your bed forever. This shouldn’t be a nursing battle, but it is… babies tend to nurse at night and the busier they get during the day the more they nurse at night… it make sense. it also makes sense that my children won’t (a) nurse forever and (b) want to sleep in my bed forever… who thinks this stuff up!!! Tell my older kids that they have to sleep in my bed – they would be horrified!!! Tell my four year old she can’t and I tell you there will be a national crisis!!! And this is leading up to the biggest fight of all… Nursing toddlers – for some reason it is taboo to nurse your older baby even though the World Health Association recommends nursing until at least two and the average age for weaning around the world is four – believe it or not!!! Suddenly when your child reaches one… it must wean… for an number of reasons: Suddenly folk will tell you that your child must have cows milk – so a machine nurses the cow and another machine puts the milk in a bottle, then I put it in another bottle and give it to my child… or I could just nurse my baby. Heaven help you if you should fall pregnant because then every well wisher will tell you that you can not possibly nurse when pregnant, actually most folk will assume you have weaned!!! Turns out many, many moms nurse when they are pregnant and many many many moms nurse a toddler and an infant at the same time… so much so that it has a name, Tandem Nursing, and books have been written about it!!! 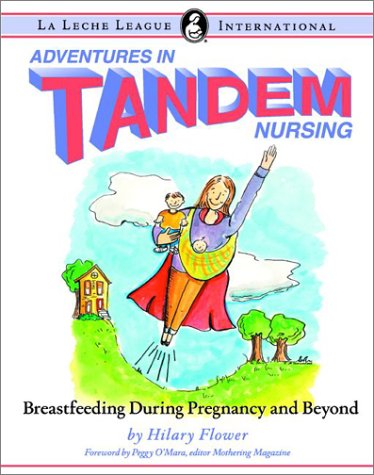 The thing about nursing toddlers is that they are not infants, they don’t take hours to nurse, they are extremely efficient nursing machines and have the whole thing down to a number of seconds. The thing about nursing toddlers is that they old enough to be rationalised with: You can say from now on we will only nurse in that chair and then I will lie down beside you while you go to sleep. And they can do it… not only that but even the young toddler that still nurses for two seconds to go to sleep each night – won’t need to do that forever … I know it, I have se7en children that go to bed and sleep every night without needing to nurse. The last one still nurses before we hop into bed and I wouldn’t change it for the world. The other thing about nursing toddlers is that just around their second birthday they go through a patch when it seems like they are nursing constantly, it is all they want to do. Every time you sit down to do something they want to nurse, every time you want to chat on the phone or have a natter with a friend or read a magazine… They mostly don’t need to nurse then, they just want to be with you and they want to be busy with you… If they were with any one else they would want to be busy and if even if you had weaned them they would be with you and sharing your phone call, magazine, book, friends… and so on and on… that is the nature of toddlers, not just nursing toddlers!!! Nursing helps your toddler to sleep better; it helps them fall asleep fast; it helps them feel better when things fall apart; it helps them stay connected to their mum as they explore the world; they don’t have to carry luggage packed with sippy cups and bottles anywhere; it is good for them, it doesn’t get more local or more organic than a moms milk… I for one am all for it!!!

And believe it or not eventually they just don’t need to nurse anymore… trust me it does pass and it needn’t be a battle. Now that we are way down the road this not a battle I pick with my toddler… in fact I think if we concentrated on our own babies and their needs and stopped worrying about what other folk were thinking, doing or saying… that would be half the battle over. The other half of the battle would be won if we dropped the word “forever” from our mothering vocabulary. My child will nurse “forever,” be in diapers “forever,” be in my bed “forever…” This is equivalent to the teen argument: “Well everybody else is…” Six months or a year go past so fast in the life of a little one – everything changes from month to month… there is no forever… I have a feeling if the only time we used forever is to whisper in our little ones ears: “I’ll love you forever” that the Battle with Breastfeeding would be over for good.

8 Replies to “The Battle With BreastFeeding…”