Apart from the books I read, this weeks brilliant books were all given to us by Pan MacMillan South Africa, to review. It is an eclectic collection of contemporary and recently launched books: teen reads and picture books, timeless classics and futuristic tales… Let’s begin with the Mother Person: I am reading tons of books… tons… I got back into the reading habit when we went away for a week in November and I haven’t looked back. I subscribe to Free Kindle Books at Jungle Deals and Steals… and download a couple of books a week. The book that really stands out for me, that I have read lately is: 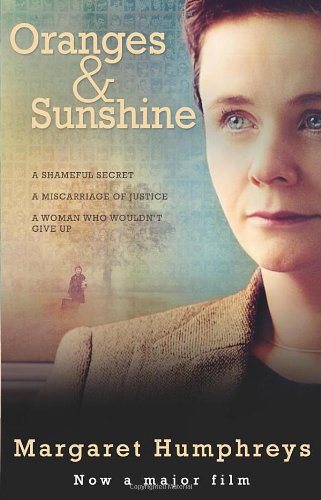 This is the book by Margaret Humphrey, who revealed the story of mass migration of children from England to the colonies and principally to Australia in the last century. It all begins with her investigating the story of a woman in her support group, who claimed to have been shipped to Australia when she was under five and for no other reason than because she was a child. As Margaret seeks to find answers so she opens up the proverbial hornets nest and discovers that hundreds, in fact thousands, at least 150 thousand children were taken from their homes in England, often told that their parents had been killed and were shipped to Australia as a generation of workers. They were horribly abused, faced incredible ordeals… lost, lonely and nameless on the far side of the world, with no paper trail worth mentioning. Even though, many of them had loving parents back home. Just too incredible to believe. I highly recommend this book, it was a fascinating read and demonstrates again that truth is far more astonishing than fiction… the lengths people will go to to hide their conspiracy, the astonishing fact that thousands upon thousands of people knew about it and yet said nothing. An astonishing read. Don’t expect a happy ending. How can there be one, with so many families destroyed… but in her personal capacity and at the cost of her own time and family, she did manage to re-unite heaps of families… elderly parents and middle aged children more than fifty years after the event… racing to find each other before time runs out. Yes there were many reconnections, but too many missed opportunities. This is the sort of book that should be read… just too many people were involved and responsible for this piece of history to be swept under the carpet.

And now for the kids: 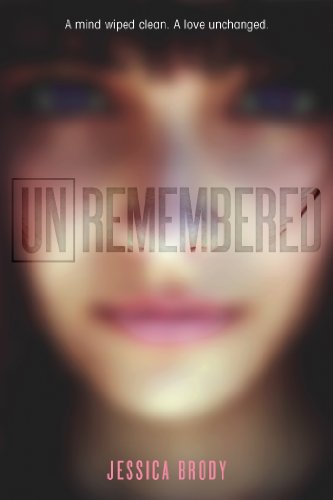 Hood #1: Unremembered, by Jessica Brody, is the story of a teenage girl, Seraphina, apparently caught in the wrong place at the wrong time. It appears that she is the only survivor of a plane crash over the Pacific Ocean. She has no memory of the crash or anything before the crash either. There is no evidence that she even entered the plane, so why was she amidst the wreckage? A number of mysterious questions arise as you get into the story. It make a compelling read… you have to find out what happened to her and how she got there. The only person who appears to be able to help her is an enigmatic young boy who would like her to believe that they were in love before the accident… but is he telling the truth? Or is he part of a plot to keep her memories submerged beneath her consciousness. Seraphina spends the book trying to find the truth and you will want rush though it to the end right alongside her. This is a teen read, with a touch of sci-fi, but not enough to pull you away from the main story. 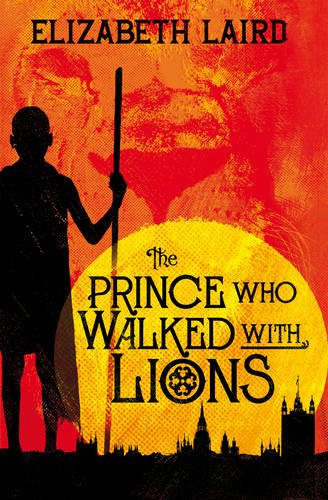 Hood #2: Set in England and Abyssinia during colonial times, it is the story of a noble young prince. Alamayu, watches as his parents and life are destroyed, while the British rescue an envoy, who was captured by his father. In a noble act of generosity they take the Prince to England and educate him and train him to be a gentleman of the day. The young athlete has to learn to survive in a very different world, he even becomes friends with Queen Victoria. What the British see as “the honourable thing to do” the young man, who is a victim of typical boarding school brutality, sees as quite terrifying. The prince, Alamayu, gets to tell his story from his own perspective, which is not the typical English perspective at all. The book depicts his true-life as a person with real fears and ideals, not just a boy placed in an English school in the hopes that he will turn into an Englishman. This book was written by Elizabeth Laird, and it has been declared that it should be the next family read-a-loud. 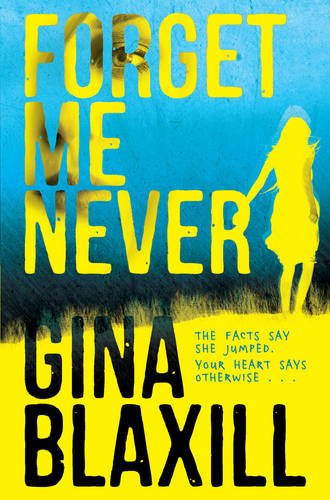 Hood #3: Forget me Never by Gina Blaxill, this book was declared a keeper straight from the opening chapter. A young woman, Dani, falls to her death from her balcony and the police declare it a suicide. Her teenage cousin, Sophie, is not convinced. She and her boyfriend set out to investigate and uncover a conspiracy at a pharmaceutical company. All is not what it seems though… Dani had been embroiled in a plot to steal medication and when she tried to back out… trouble erupted. This is a good read, a fast paced, gripping mystery, you won’t want to put it down!!! 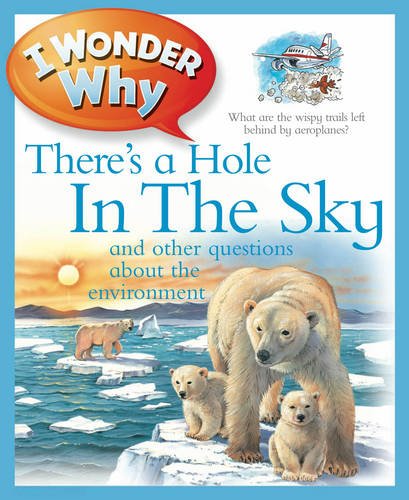 Hood #4: This book is just one of many in The Kingfisher Series: I Wonder Why? Series… Just up the street of my snippet and fact reader…lots of questions asked and answered about our environment: The atmosphere and green house gasses; vanishing resources and finally a couple of tips on how to have a green home. A great resource, fairly easy reading and really packed with interesting facts and illustrations. Hood #5: Has just entered the era where he needs a little more substance in a book and this series of Advanced Readers from Barefoot Books are just perfect. Don’t be misled or put off by “advanced”… these books are fairly easy chapter books that are just so beautifully illustrated… you know when you open a book and it is so stunning you just want to wander through the whole series… this is them. Robin Hood needs no introduction, so let’s talk about The Raiders. It is springtime Leiv and his two Inuit friends are living on a farmstead in Ancient Greenland. Everything is quite tranquil… as the story rolls into Summer… but the surprise visit of a Viking Raider ship changes everything… and the children are driven into a quest to route out the Viking brothers that are wrecking havoc on southern Greenland. It is an exciting read and there are places that you will literally hold your breath. Hood #6: The Lucky Stars is a series of books that really targets little girls… I have to say I was a bit overwhelmed by all the girly-marketing, but my girls loved these, can I say that again: LOVED THEM!!! If I had a reluctant young girl reader then these are the books I would get for her!!! The heroine Cassie has the chance to grant a number of wishes and each time she receives a new charm for her bracelet and each charm has a magical power!!! The first book comes with a charm bracelet and as Cassie achieves her task in each story, so your little reader receives a charm for their bracelet. I did like the illustrations, and they all loved exploring the maps. And had a big sister reading away while little sisters hung onto every magical word!!! I have to say, the stories are pretty twee… but the heroine is not all frills and graces, just a regular girl doing her regular magical thing!!! Each book in the series ends with a couple of pages of crafty ideas and activities… honestly these books are my six year old daughter’s dream!!!

The Secret Kingdom is another beginner chapter book series for girls… and I have to say that while my girls will read series aimed at boys there is no chance that my boys would ever deign to read these very obviously stories for girls. That being said in a house with five boys it is very nice that the girls can vanish into a world of girls!!! Three girls, Ellie, Jasmine and Summer have a very special wooden box… it might look ordinary, but from time to time it glows with a riddle on the lid… if they can solve the riddle they get whisked to the secret kingdom and a great adventure follows. The series also has a website and sweet activities, cool stuff for first chapter book readers. Hood #7: Is enjoying a collection of Polly Dunbar easy readers… I have to say easy readers never used to be this much fun. It is a series of six books about Tilly and her friends, and they all live together in the little yellow house. Sweet stories about bedtime battles and a very cute game of “toddler style” hide and seek: My eyes are closed and you can’t see me, even if you are an elephant!!! Very simple stories and fairly easy to read. 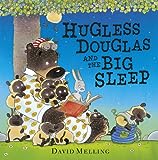 Hood #8: Hugles Douglessis an affable bear, who is headed over to his friend, rabbit, for a sleep over. On the way he invites a friendly flock of sheep to join him on this very exciting adventure… only problem is… Hugless and all the sheep take up a little too much room in the house of rabbit!!! They do resolve their troubles… A mild story packed with delightful illustrations!!!

Oh poor bear, in The Sniffles for Bear. Bear is suffering from a severe case of what I can only call “man-flu.” His little friend, mouse tries everything to comfort him… everything but to no avail. Bear is too ill for anything and deserves a whole lot of respect because of it. Naturally at the end of the story… bear recovers and mouse is suffering, mouse is a lot more stoic and just needs the duvet fluffed while he sleeps off his illness!!!

We really want to thank: PanMacMillan South Africa for providing us with books to review for this post. We would like to declare that we were not paid to do these reviews, just provided with books. All the opinions are entirely our own!!!

When your day got started way too early and you ne