The to-ing and fro-ing of house guests around here has been unprecedented lately… we have had friends and visitors from all over the world dropping in, not to mention staying. As one group of friends leaves so another group arrives… this is certainly the season of catching up with folk that we haven’t seen in ages, not to mention meeting folk for the very first time. Crazy-busy doesn’t begin to define what has been going on around here… 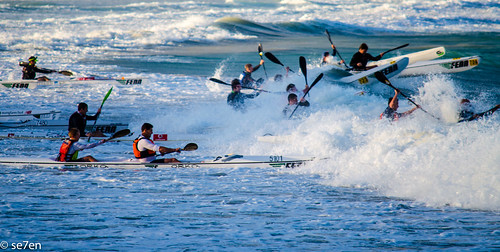 It has been fun and our kids have had a chance to connect and strengthen friendships, that needed the glue of time spent together, to strengthen the ties that bind. But I wouldn’t have always said that… there was a time when I would have gritted my teeth and hoped that this crazy season would pass. I spotted a quote the other day that really summed it up: It is a case of learning to dance in the rain, rather than waiting for the storm to pass…

When I grew up, the busy season meant an extended family function on birthdays or seasonal holidays… we all dreaded them, and the associated invasion of endless ancient second, third, fourth cousins, not to mention very scratchy clothing. Now the busy season means that we have folk over for lunch and dinner almost daily, not to mention breakfast and then a couple of drop in guests thrown into the mix too. I was with a group of friends the other day and there are a few whispers in the air regarding the impending holiday season, and they were met with a unanimous groan. All sorts of end of year things are piling onto the calendar… and it is starting to look just a little overwhelming. 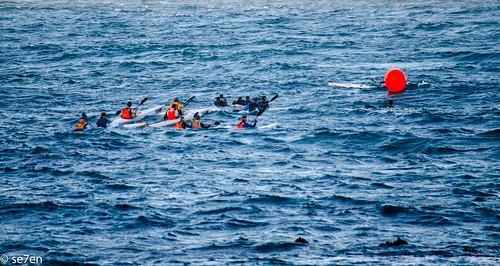 So many posts have been written about saying no and setting limits on your time and schedules, but at the end of the day there are still things that have to be done and things that you really actually want to do… I don’t feel bad about cancelling when we have to, but mostly we are busy seeing friends that we want to see or going on outings that we want to go on. I thought I would write this post from the eye of the storm… so to speak, se7en + 1 tips on how to cope with those busy calendars.

How to Survive the Busy Season

A couple of weeks ago I realised that we didn’t have a free Saturday in about forever and I completely choked… until we looked again and saw that it was full of things we really wanted to do and folk we really wanted to see. We are as busy as we are. There is no point in saying to close friends we will catch up when we aren’t so busy… you are always going to be busy and there are always going to be events leaping to our attention. I have a feeling we should maybe give ourselves the chance to embrace time with our friends, rather than resenting “yet another event on the calendar.” 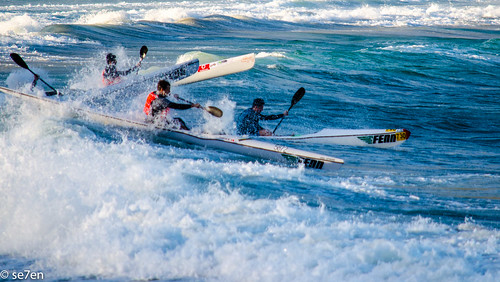 You really don’t have to say yes to everything. If you take the day off and turn down one or two invitations the end of the world will not come crashing down upon you… chances are your children will not notice the “missed opportunity of yet another outing” and they will still get into college one day (if that is their dream). Chances are the very worst thing that will happen when you take a day off and sneak away for a break, is that you will all feel a bit better for resting up. It appears that a relentless flow of people wind through our house, but there are chunks of time marked on the calendar for, actually nothing. Otherwise figure out what it is that makes you feel grounded and make sure you get that… if you need time in the great outdoors every day then make it happen, grab your morning coffee and drink it outside. If your entire house feels like chaos to you because the kitchen counter is messy… then wipe it. You don’t have to have an entire day off and you don’t have to have your entire house perfect to have visitors flowing through it. 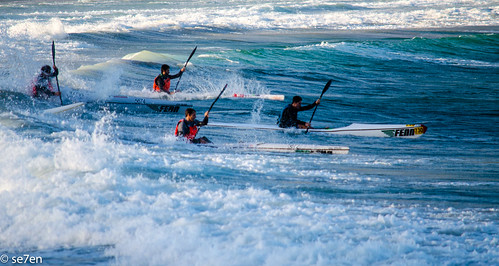 Keep things simple is more than an expression… it its a rule of life. There is no point in creating endless elaborate meals for guests and creating more work than is essential. Firstly you will quickly go bankrupt and secondly, folk want to spend time with you. Honestly when folk arrive at lunch time and they join us. I want to be chatting with them and spending time with them, not producing a ten course spectacular. If we are having salad and flat bread then we stick with that. I have a feeling folk are far quicker to accept an invitation if they know that it is really no trouble to have them over. Obviously there is a time for going the very extra mile… but mostly folk are stopping by because they want to spend time with you. 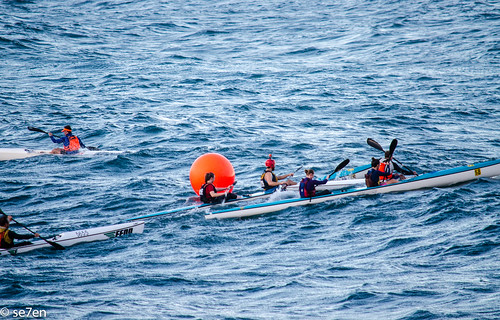 In the era of living simply, a smooth and uneventful schedule appears to be the chief aim of many. However, life is just not like that and a tendency to wander off our routines and schedules needn’t throw us into a panic. It is ingrained in us that if our routine wanders off track, then the world is going to come crashing down around us. The truth of the matter is that your routine is a guide and life is going to tug and pull you away from it… if your kids going to bed half an hour later than usual once or twice a week it probably won’t be earth shattering. If they go to bed half an hour later than usual for an entire week, well then you have a new schedule. You can change things up a bit and your children will grow up just fine. 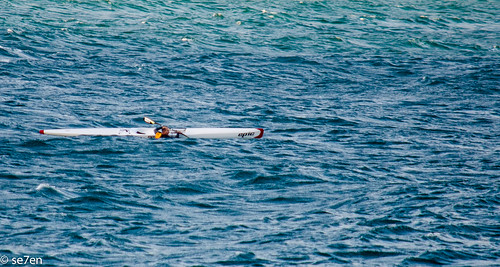 Monday mornings are always a little crazy… so much to do and so little time. With all the extra chores that have built up over the weekend. It often requires a brave warrior person, rather than just a mother person, to face a Monday morning round here. Heaps of visitors daily can leave you collapsing into bed at story time and not surfacing until the morning. Very quickly every morning feels like a Monday morning. The thing is you are part of a team, it is not just you having folk round, it is a family project. The reality is that we keep our house pretty much visitor ready… and while we have a tine for chores, we don’s spend our entire lives devoted to preparing for visitors. 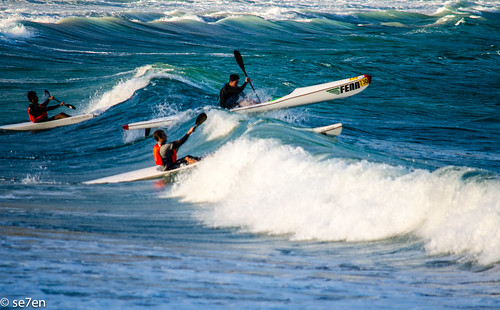 It is so easy to say we are making memories, and let things go slightly crazy in the name of that. You can still keep your regular routine and be intentional about making fond memories. We really don’t want our kids to be ticking things off the calendar… and saying done, done, done. We can get so caught up in worrying about “the busy things,” like is the bathroom perfect, will dinner be ready on time and oh yes, don’t forget to get the laundry put away. Instead of worrying about perfection, and bedtime… take the time to toast some marshmallows over the fire, slow down and read a story to a heap of little visitors. We want our kids to grow up thinking that opening up our home is a fun way of life, not another invasion they have to endure. 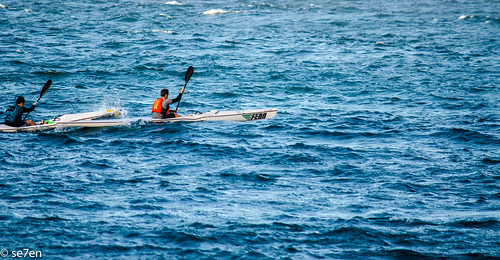 I don’t know about other folk, but I am so quick to start worrying about all the “what if this, then’s…” Don’t even let me get started on all the pre-arranging that goes on in my head. Seriously all that stress can turn a good time catching up with friends into a nightmare. If you could delay your worries by twenty-four hours most of them would just evaporate… learn to let them evaporate now. Honestly, we spend our energy worrying about impending guests – if you need help ask for it, folk love helping. Also, we have a strict policy of leaving guest preparations to the last minute, if twenty folk are coming over and ten of them are under five… then trust me you really don’t have to worry about your house being clean enough… a quick sweep of the floor and and you are ready to go.

Sometimes it feel like the stream of events will never end and you really, really need to get off the roller coaster. Firstly give yourself some grace – everybody needs to take breaks and secondly have a plan. If in all the craziness you could actually get an afternoon off, what would you do… chances are you would want to read a book, take a nap or go for an amble. And believe it or not if you have a game plan for the sort of break you are after then when the opportunity arrises you are much more likely to take that break. Take a moment right now, before you are “peopled out,” and figure out how you would like to take a break, that’s your personal escape plan. For ourselves, we recharge with walks beside the sea, it just so happens that we can share this with friends and return home ready for dinner, recharged and good to go another couple of hours before bed.

Before you groan at the thought of all the impending events on your calendar… take a look at them, they may actually be events that you are looking forward too and that you want to be a part of. Don’t feel bad about dropping the things that don’t have to be there for… and instead of dreading what remains, look forward to those memory builders that your family are looking forward too.