On one of the hottest days of summer, we headed into the city, to meet one of our favourite authors who is on a world tour and stopped in Cape Town to meet up with some of his fans. Andy Griffiths is the writer behind the author/illustrator team that creates the Many Storey Treehouse Series. Andy and his wife Jill, as well as illustrator Terry Denton have teamed up to produce best seller after bestseller after best seller. It is always good to stop by the Book Lounge for a visit and even better to meet an author face to face and chat about their work… 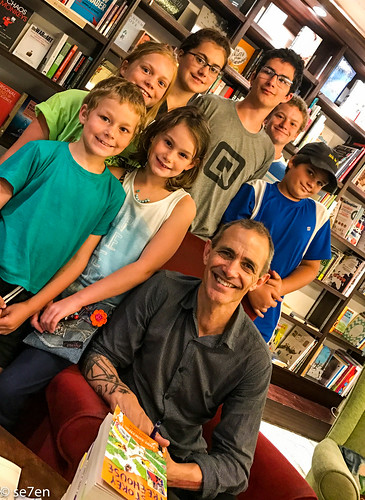 We have been reviewing and raving about these books for years… they are perfect for kids at heart and kids who have mastered the beginner steps of reading and are looking for something more… with not too many words and lots and lots of hilarious illustration to keep them turning the pages for more. I believe everyone has a book that takes them from reading because they have to, to reading because they can and because it is fun. This series was just that for Hood 5, they took him from reading because he should, to reading because he really wanted to. Back to the hilarious story… Andy and Terry are friends who live in a wild and wonderful treehouse and together they write books. The tree house thirteen incredible storeys, each one crazier than the one before. Together they manage to take the ordinary and turn it into the extraordinary…

He and Terry created The Bad book, the Very Bad and then they ran out of ideas. So they got together to brainstorm more ideas for the Bad books, and they decided that they would need a treehouse to get the job done. The treehouse had to have this and had to have that and before they knew it, it had grown into something. And so began their new and famous series. 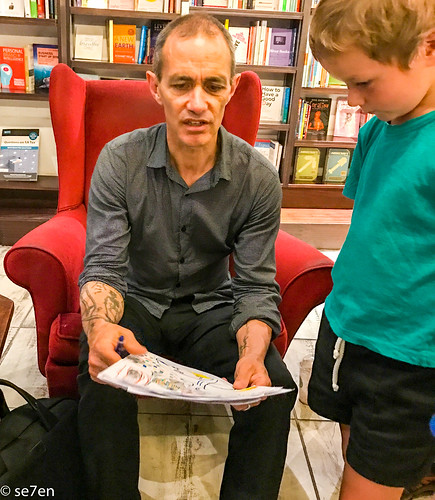 We always ask our authors if they are disciplined or inspired… what is there writing style and it turns out he is a really disciplined writer and he told us about a day in his life:

Up at 6 am to read for an hour. Then he goes for a cycle or a run for an hour and home for breakfast. He has a big breakfast, usually an omelette. Then he and Jill, his wife (if you had read the books they are two of the three main characters, the illustrator, Terry Denton is the third. work through the problems in the book and talk about how they could make things better, funnier, cleverer, wittier… and then he writes from 9 till between 2 and three in the afternoon, when he has had enough. Then he listens to music or goes swimming and in the evening after dinner he watches a movie or a tv series with Jill, and together they analysis who said what, did what. After that he reads for at least another hour before heading for bed. 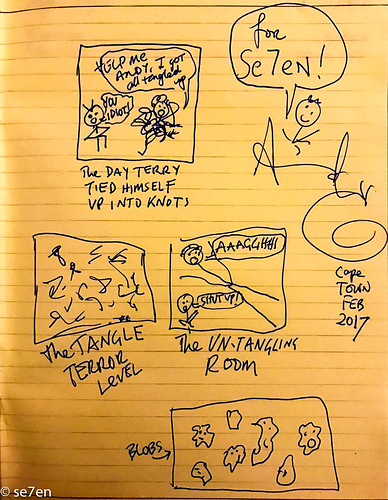 He began to tell us just how he writes a story… (and he wrote in our notebook!!!). He creates a snapshot, then he elaborates forwards and backwards… He creates problems and then he solves problems in the most unconventional manner… In our snapshot, Terry got himself all tangled up and the problem was how could he be saved… 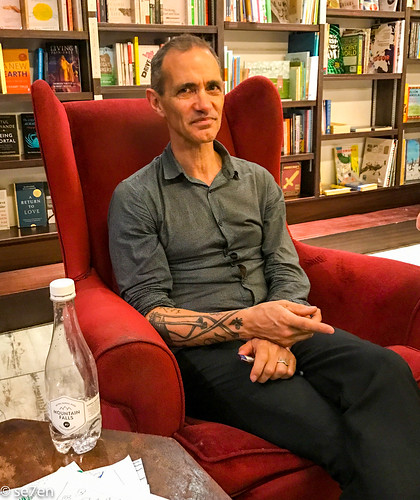 What he does is try and figure out ways to solve problems that go way beyond normal and still keep things funny… he loves movies like Back to the Future… and thinks he needs to introduce time travelling to the Treehouse. Instead of going back 6.5 minutes to when Terry wasn’t tangled up, what if he went back 6.5 million years… to the time when things were just blots.

His mind is a vast web ideas, a vast problem solving matrix. Everything has to fit into a three dimensional jigsaw. The ideas that fall into that dead place where ideas cannot be expanded upon, well those fall away and he keeps only the best ones for his books. 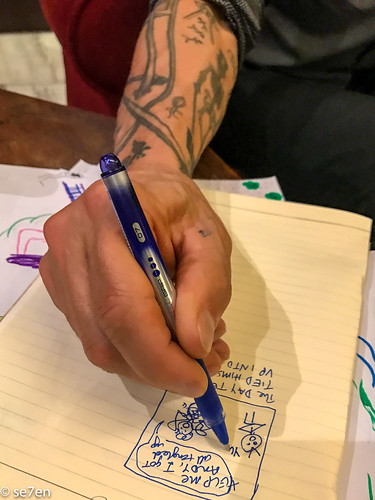 Whenever he finishes a book, he thinks, “That is the best one ever.” He just can’t imagine ever coming up with another idea. And then some more ideas begin to form and expand and grow… and before you know it he has enough for his next book. It takes a year to produce a great Treehouse book, from start to publication. It takes a few months to write the story, and illustrate and refine… there is a lot of refining and editing, and rethinking and editing some more, all the while whittling the mountain of ideas down to a book of 344 pages. Only thirteen storeys per book, refined down to 344 pages. No more, because that pushes the books up into the next price zone. 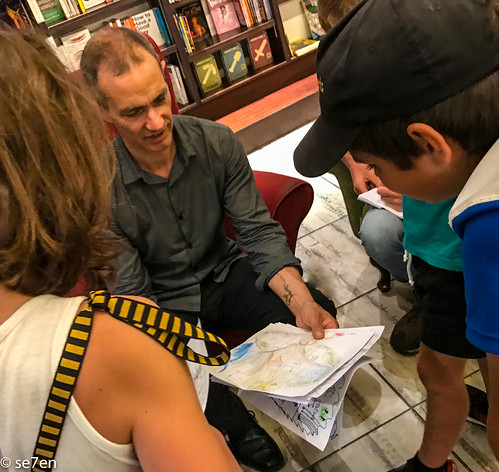 Talking to readers does spark ideas, as he is writing he will think back to when a child in the audience asked a particular question. So when a child wrote to him and asked if he could be a bit funnier, he realised he needed to up his game. Most of his inspiration comes from reading… he is a prolific reader. 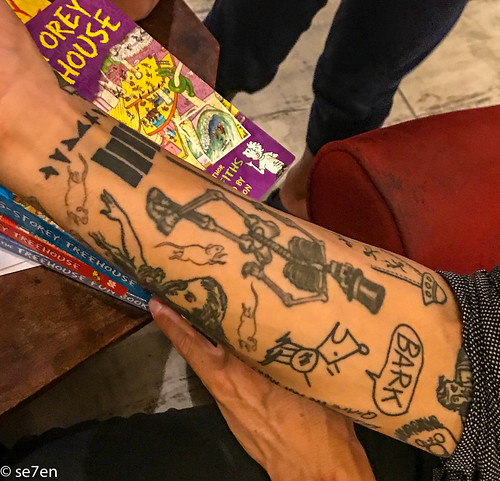 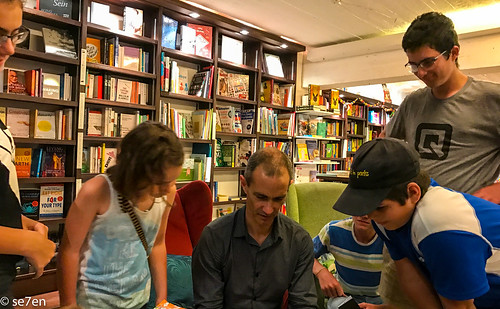 Nope, he actually didn’t think he would be published, so he took a year off life and published his own books… and sold them at markets. The same books sold again and again and that’s how he knew which books would be winners. Just tricking, and The Day my Bum went Psycho. He has an absurd sense of humour, clearly… and didn’t think he would ever get his books published. But, and here is his great writing tip: go with your gut, embrace it and follow through with it, otherwise your writing won’t feel genuine.

Of course the gang spent all day creating tree houses of the most elaborate kind… as one does!!! 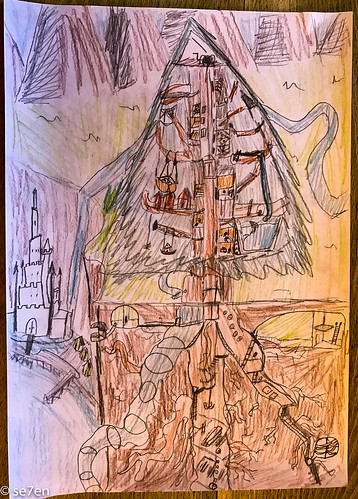 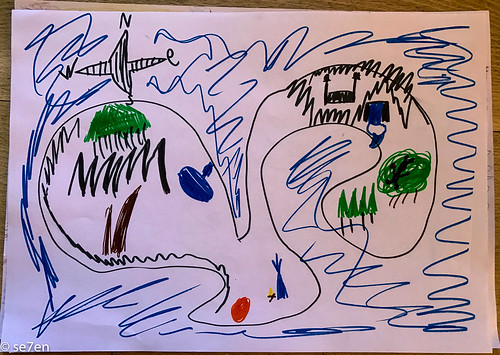 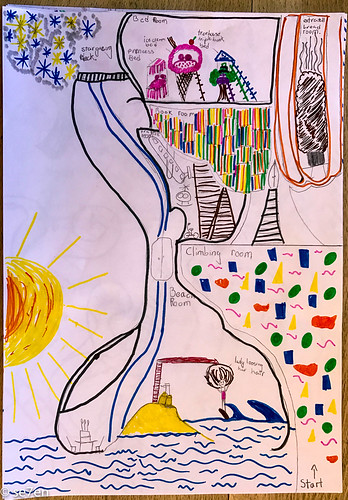 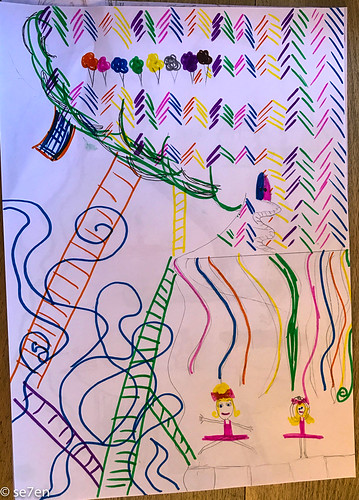 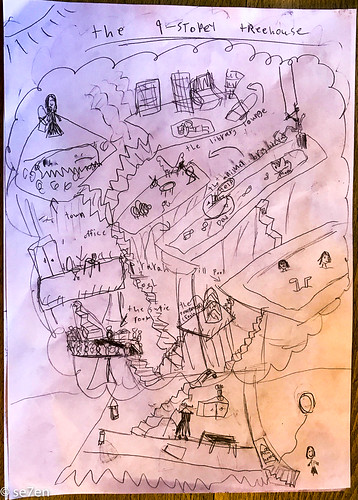 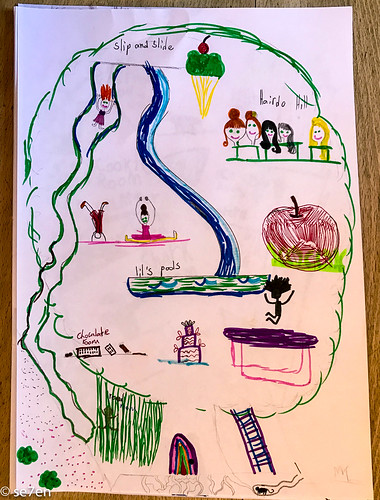 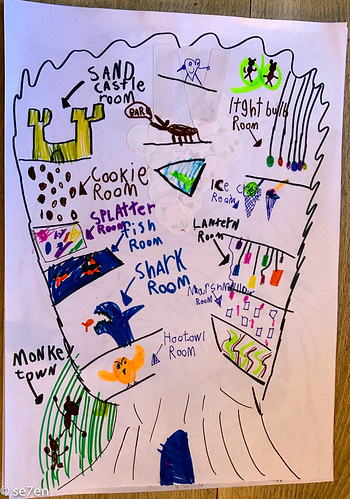 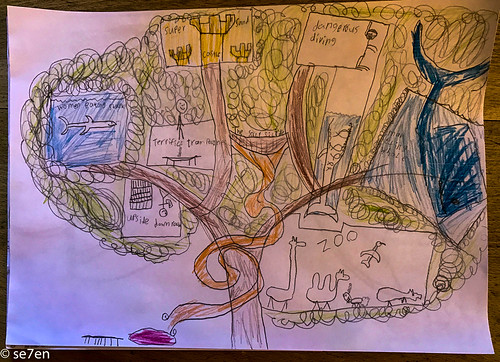 Huge thank you to Andy Griffiths for his time and PanMacmillan South Africa for arranging the interview for us. This is not a sponsored post, we were not paid to write it and all opinions are as usual our own.