I have been writing a series on Getting things Done this year… and in January I focused on all things to do with the computer and February I focused on the Kitchen. It turns out we aren’t nearly done with all things kitchen and I have at least three projects still to do there… so March is going to be another kitchen month and then because we are building a Library book by book, we should most definitely move on to sorting out books… because between you and me, we are in the season of literally drowning in books. The plan is finish up in the kitchen and move onto books. 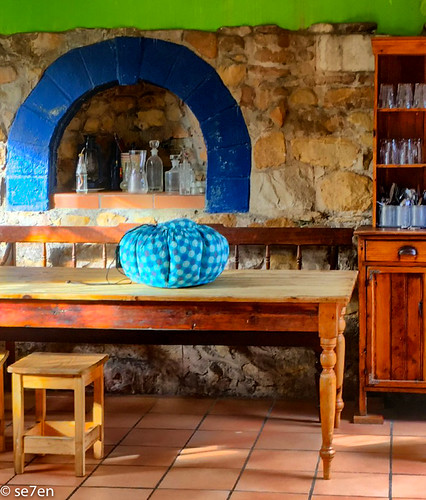 So everytime I post a picture of our Wonderbag on instagram folk ask all about it. For the longest time this has been the most efficient kitchen tool we have. It all began during the season of load shedding and we needed to find a way to cook for a family of ten much more energy efficiently. Wonderbags are really just a cooking bag, surrounded by large cushions that insulate your pot and keep it cooking after you have removed them from direct heat, for a couple of hours. Using the Wonderbag has reduced our use of electricity significantly, not only that but you have to preplan and prepare things somewhat… and just the fact that I need to think about things slightly ahead of time means that when things are running smoothly and efficiently I am much more likely to use the Wonderbag. 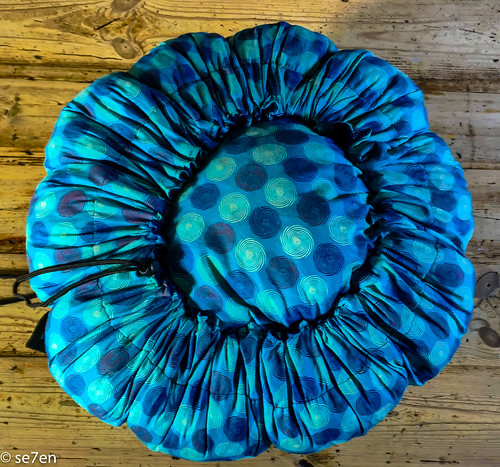 The thing is you just have to prepare your meal in advance and then leave it to cook for a number of hours. There is nothing nicer than waking up in the morning and breakfast is made or returning from a cold wintry hike and there is a hot meal waiting for you. So we begin by preparing our meals as usual, all the chopping, all the browning and all the sautéing and then… pop a tight fitting lid on the container and pop it into the Wonderbag for a number of hours. 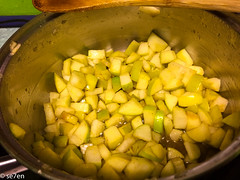 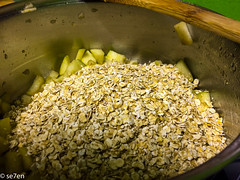 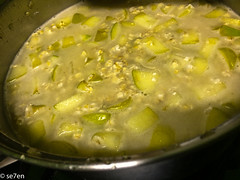 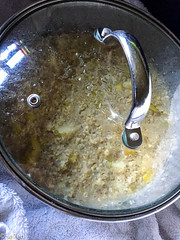 I have to admit, it is a different way of cooking to my usual last minute dash… and for the first while that we had it, I looked at it a lot, before I actually began using it. And our first Wonderbag adventure was just our breakfast porridge. That is already one meal of the day that I don’t have to think to much about… We chop up apples, cook them with some cinnamon until they are soft, pop in our usual oats and water, let it bubble away for a minute or two. Put the pot lid on tight and pop it into the Wonderbag and there you have breakfast ready on the table. different folk in our house leave home at different times in the morning… all they have to do is open the wonder bag and grab their porridge, seal it up and leave it for the later risers. 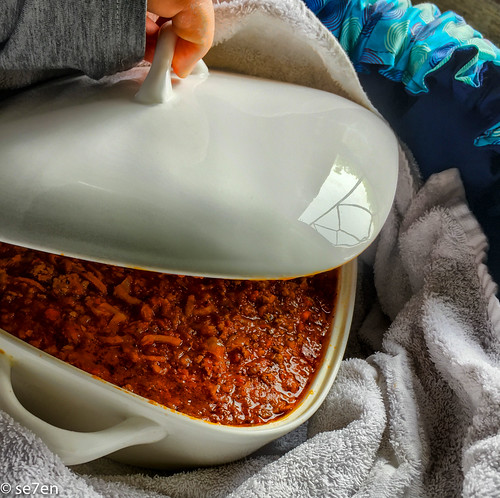 Otherwise everyone knows that a good pasta sauce or stew tastes better the day after, so the day of our massive monthly cook up, we do a massive chop of all the vegetables and then saute them one by one… we put all the ingredients into roasting pans and heat them up in the oven. Then I pop them into one large dish, the fuller the better, and seal it really tight and leave it in the Wonderbag overnight. The following morning I divide the sauce up into meal size portions and freeze them until we need them. 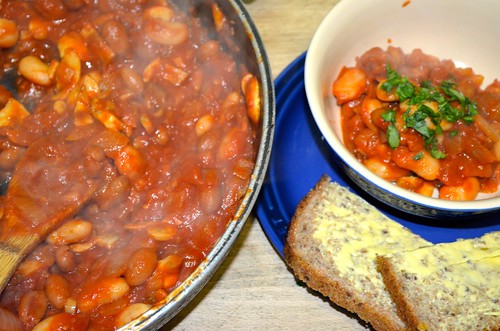 Otherwise, we use our Wonderbag for lunch quite a lot, for dishes like savoury rice or mixed beans. We start the rice on the hot plate as usual and let it bubble away and add in all sorts of finely sliced vegetables and herbs from the garden and then once it has boiled for a couple of minutes we pop it into the Wonderbag while we do school and at lunch time our meal is ready for us. A huge family favourite is mixed beans and we often have these on Sunday evening. Finely chop an onion and maybe some bacon or chorizo into a pan until they are browned, and then add a selection of canned beans… about half a can per person… and a jar of tomato sauce. Let it simmer away for a couple of minutes and then pop it into the WonderBag. Not even ten minutes of preparation and when we get home from church on a Sunday evening dinner is ready. 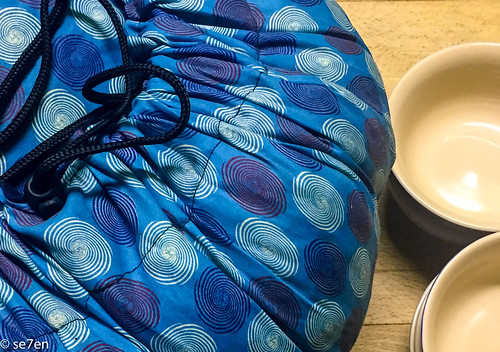 Now the reason that this Wonderbag post is part of the Getting Things Done series is that I would like to try a lot more recipes in ours and discover more than a handful of recipes that our whole family will enjoy… So my quest in March is to discover a new Wonderbag recipe each week… and that has to include making yogurt!!!

Meanwhile this is definitely not a sponsored post, just writing about life… and I know some of you are going to ask about where we got our Wonderbag… we bought ours from Yuppie Chef. And if you want to know more about the Wonderbag on their website, where they have loads of recipes to try…

Previous Posts in our 52 Weeks of Getting Things Done Series