A couple of weeks back I wrote a post on How to Get Your Kids Moving, and while I wanted to get everyone’s tips on how they get their kids moving I first wanted to assess our own situation. We set out to monitor everyone’s sleep time, screen time and exercise time for each day, for a week. Before I could be too sure about our results I decided to check with someone who actually knows, Dr. Catherine Draper a kids physical activity expert, from the Sport Science Institute of South Africa. She sent me all the latest healthy recommendations for healthy active kids. Here is what she had to say: 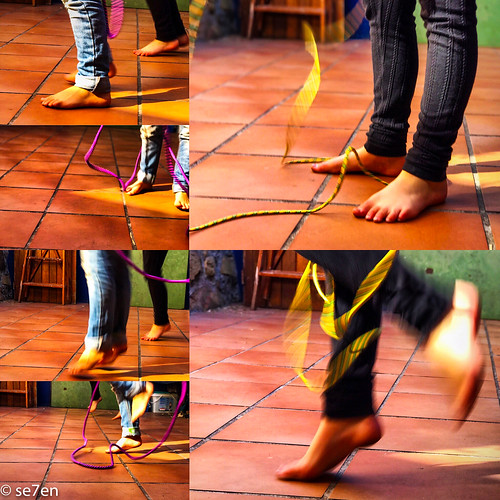 Most would agree that investing in the youth means investing in the future. Part of this investment involves their health and well-being, which if maximised, can help kids reach their full potential. Healthy nutrition is a key component of health and well-being for children and adolescents, but it goes hand in hand with some other health behaviours, including physical activity, screen time and sleep. 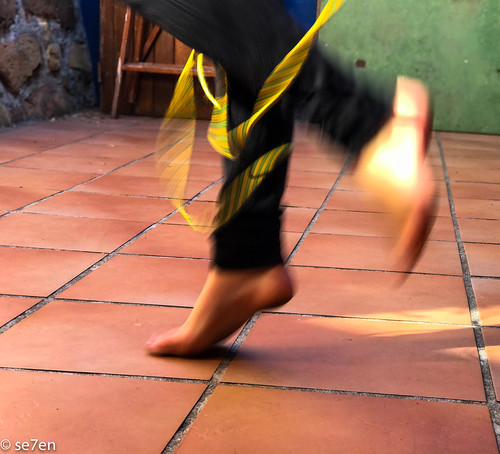 Physical activity plays a vital role in children’s health and well-being, and has a wide range of benefits for not only their physical health – helping to maintain a healthy weight and reduce risk for diseases such as diabetes and cardiovascular disease – but for their mental health as well. Kids who are more physically active have been shown to have better self-esteem; less stress, anxiety and depression; and improved cognitive and academic outcomes.

Physical activity is not just sport and physical education at school, but includes other activities like walking (for example, to school, or on a family outing) and active play. Research consistently shows that children who spend more time outdoors are more physically active, so whenever possible, encourage kids to be out rather than in. The evidence also shows that children who are more active when they are young stay active through childhood and into adolescence, and often into adulthood as well. So it is important to get kids active early, so they can enjoy the benefits later in life as well. 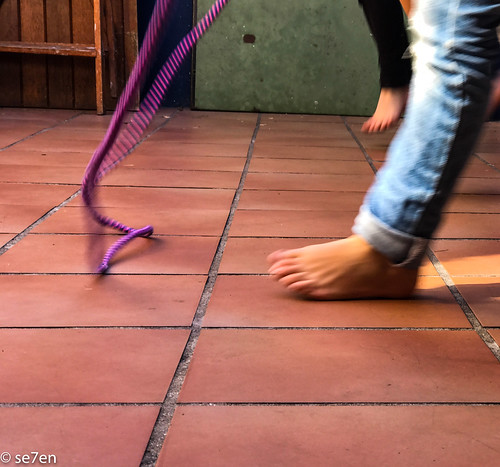 The Lure of the Screen

In contrast to the benefits of physical activity, lots of time in front of screens has been shown to have a number of negative consequences for kids, which is a sobering thought in this era of ubiquitous screen-based technology. Research shows that kids who spend more time on screens will be more likely to be overweight, and have unhealthy eating behaviours, such as eating less fruit and vegetables, consuming more fast food and fizzy drinks, and skipping breakfast.

Kids with higher levels of screen time are also more likely to score more poorly in things related to their cognitive development and academic performance, including attention, maths scores, reading and language comprehension. High screen time is also associated with a wide range of unpleasant mental health outcomes amongst children and adolescents: increased anxiety, social dysfunction and depression; low self-esteem; school disconnectedness; unfavourable behavioural conduct; and difficulties connecting with parents and peers. One study even showed that kids who, after spending only 5 days away from all forms of screens, were better able to read facial expressions than kids who had 5 days of their usual exposure to screens at school and at home. 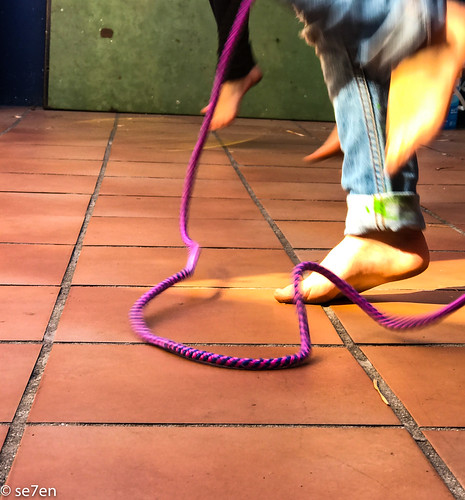 The importance of sleep for the health and well-being of kids is becoming an increasingly hot topic in research, and has been shown to be associated with healthier weight, better emotional regulation, academic achievement, and improved quality of life for youth. Lack of sleep is particularly detrimental to adolescents, and inadequate sleep in this age group has been linked to higher levels of depression, anxiety and pain; low self-esteem, social support and life satisfaction; decreased academic achievement; a greater chance of engaging in future risky behaviour; as well as attention difficulties, withdrawal, tiredness, and aggression. Screen time is a sleep thief – it not only takes up sleep time, but it also displaces behaviours that help with sleep, such as physical activity, and it exposes kids to artificial light that negatively affects their body’s sleep system. 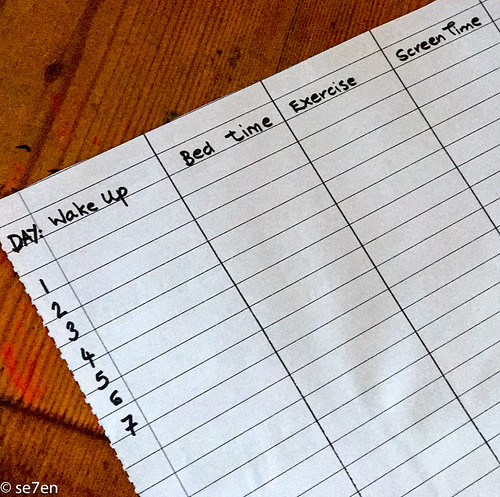 What is Recommended for Healthy Kids?

I have to say that I was pleasantly surprised about a couple of things on our chart on the fridge, firstly my kids get enough sleep. Now you know I am all about sleep this year. I don’t really believe any of the adults I know get nearly enough sleep and if they did life would be a whole lot easier for them. I assumed that because my kids do go to bed later than their contemporaries that they were not getting nearly enough sleep either, and it didn’t take more than a handful of nights for me to realise that they might go to bed later but they certainly sleep a lot later than their friends do. I can definitely back off from saying: “It’s bedtime,” just because I am fretting that their little friends are all in bed and fast asleep already. Interestingly enough you won’t find an alarm clock floating around our house and it turns out that an unbelievably huge advantage of homeschooling for us, is that my kids sleep as late as they need to… and it doesn’t matter how old they are, I firmly believe in the adage “never waking a sleeping chid.” So eleven hours sleep is actually the norm for my youngest three kids. My middle schoolers, get about ten hours, our high schoolers get 9 to 10 hours… and the person getting possibly the least sleep is our college student who has to be in class by eight in the morning and is just scraping the 7 hours minimum sleep for adults. 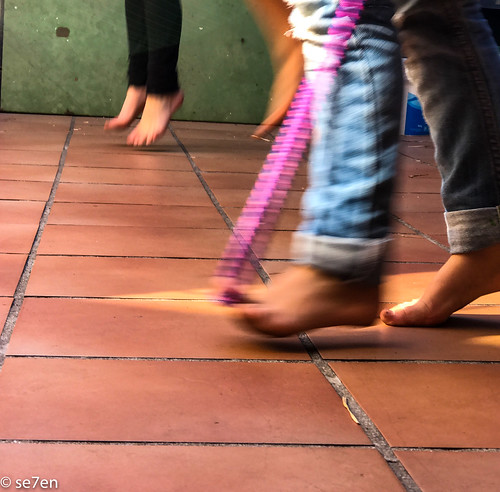 As for screen time, well my younger kids spend way less than an hour a day on screens, because I grew up without them I expect them to do the same. Screen time is not even an option because I never ever think of it. They do watch TV with their dad, he grew up with a screen and it is his norm, and they do watch the occasional movie, but it is a treat and certainly not a daily event. So my youngest three get a lot less than an hour or a day on the days they actually go on a screen. I think we have been hoodwinked by marketers into believing that our children need to be on screens or they will be left behind… modern technology and the competitive development of appealing games and apps designed for children means that they become more and more intuitive to use. A couple of fun games a week on a screen is enough and will see them doing fine when they have to get into the rigours of online learning when they are older.

I cannot say the same for my teens, the older they get the more time they spend on screens. The battle begins during middle school and as soon as they start doing a larger portion of school work on online, so their apparent need to be online escalates. For older kids screen time becomes an issue because it is a blanket term for a lot of their lifestyle: they use screens for a lot of their schooling; they use screens to relax… it is their playground; and they use screens to socialise which in itself is a huge part of any teens day. I think it is up to us to offer fun alternatives for them to draw them off their screens, set boundaries and stick to them. There are certain times each week when they are just off the grid, just so that they know that they can still have a great time and do fun things and even read a book, or make dinner without necessarily having a screen in front of them. And of course, if that means I have to hike them to an internet free zone I am happy to do that, as well. 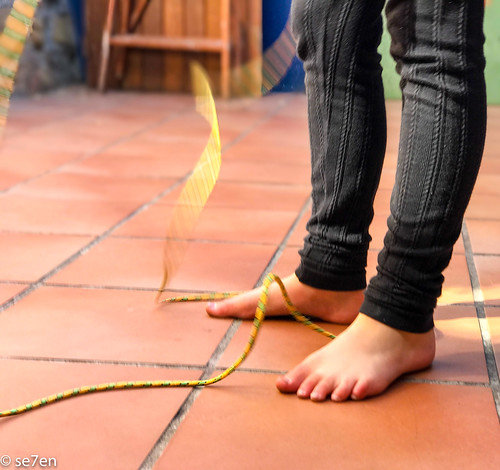 However to balance out their screen time, it turns out my teens get plenty of exercise and without even noticing it they are actually getting a fair amount of it. By having to walk everywhere, to their friends and to their extra murals, they sure do cover a lot of ground over the period of a week. They might not do school sports practice two or three afternoons, but they certainly do walk a lot and they have to walk fast to get where they are going timeously. I’ll take that. My little guys play outdoors for a number of hours everyday and so they are moving, not to mention walking to the library, to the store or down to the beach for a play. But I realised from keeping a chart, that they don’t move very much in the mornings… during our school time.

On the days we hike, they are obviously moving, but there are three or four mornings a week when they move from the table to the couch and back again. One or two runs around the garden and back to sitting. So we have upped our game and every time we change location from the table to the couch and back again, we now have skipping sessions, or star jumps, or dance parties… actually anything I can think of that is moving. Things that work really well… are challenges: Who can do the longest crunch, who can do 100 star jumps first? Also, it really helps to plot their achievements on the fridge, somehow it makes my kids just want to do more. Of course it helps if I join them, they love it when I do. They have discovered that when their mother person joins the gym, she will be joining them for heaps of push ups and sit ups… (though I will not be joining them for pull ups… impossible!!!). Somehow the friendly competition really helps to get everyone moving and most important having fun.

Huge thanks to Dr. Catherine Draper from the Sport Science Institute of South Africa for her contribution to this post.