On with the series… We have been posting about our bookish discoveries during lockdown. Yesterday’s post was about picture books and today is all about chapter books… 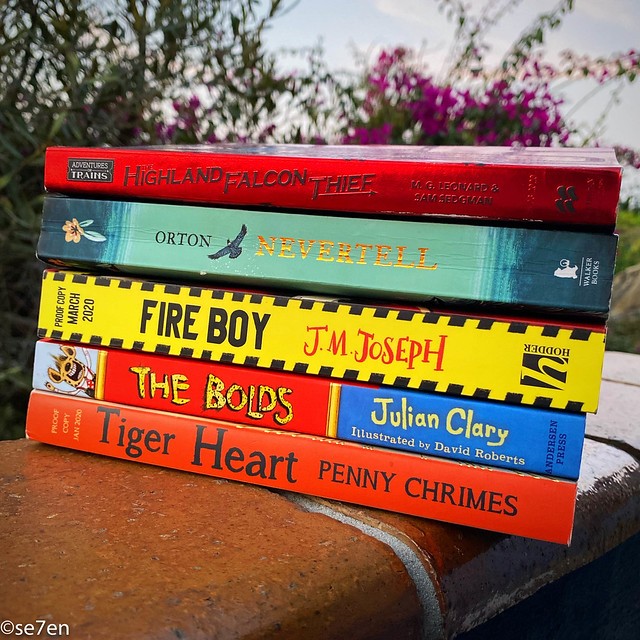 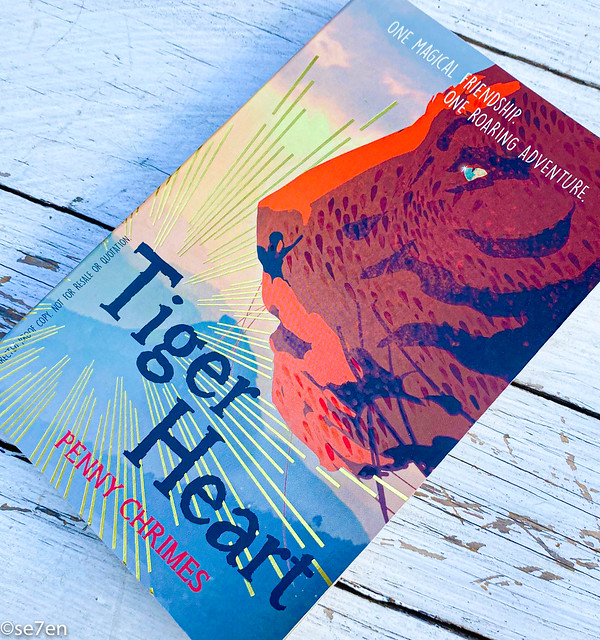 Put this on your absolutely must read in this lifetime list. The tagline on this book is: “One Magical Friendship. One Roaring Adventure.” And that about sums it up. What a fantastic read to get totally lost in, I thoroughly enjoyed it. A rollicking adventure, a fairytale, a vile villain, and a feisty underdog, who stumbles upon a Tiger (or does she?), who is there to save the day. This book appeals to the heart, who wouldn’t like a brave Tiger to stand by you through thick and thin. However, and this is a big “however” this is not an easy going and amenable tiger. This is the story of a girl called Fly, a chimney sweep, who finds herself trapped in a Tiger’s cage… but more than that, she is trapped in a life of cruelty and misery. The only thing that sustains her and keeps her going is her group of “artful dodgers…”  Yes, it does have a Dickinson feel to it, and there is a marvellous and magical story that unfolds once you get out of the inner city slums. Fly is always just one step away from disaster… one step! But she has a team of supporters surrounding her wherever she goes and and her life unfolds unexpectedly in truly incredible ways. Her mysterious relationship, with the Tiger, kept me reading on… this book is extraordinary, and moving… prepare to have your heart strings tugged! I loved this book, it is extremely giftable, this is a story way beyond your typical story… read it. 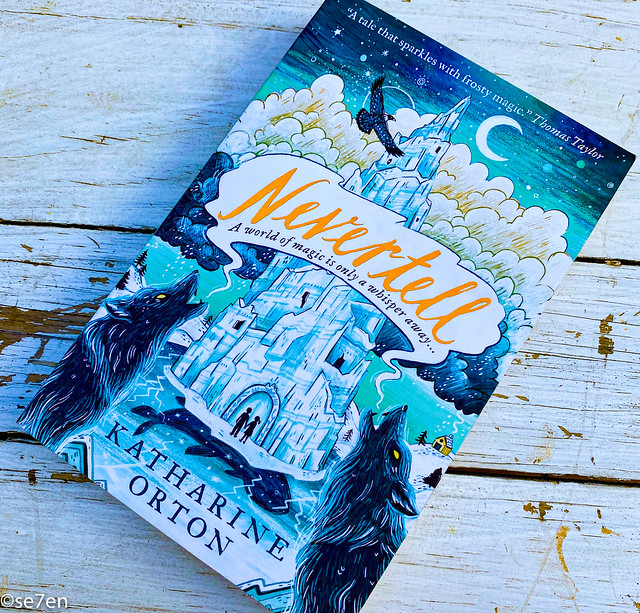 Nevertell by Katherine Orton and illustrated by Rovina Cai

The book begins in a Siberian Labour camp in the far, far north, and far, far away from family and friends and community. Eleven year old Lina is on the brink of escape, with some extremely dodgy characters leading the way, their escape means almost certain death… if not by the guards, then by the treacherous surroundings. You might think that the only thing standing between her and freedom is an extremely dangerous Commandant Zima, but her escape quickly demonstrates that there is a lot more in the world to be afraid of than the Commandant. This is indeed an edgy story, fast paced action from the start, you cannot miss a page. There are many twists and turns and nobody to trust, except possibly her best friend, Bogdan, who had forced his way into the escape plan. There is more to Lina than meets the eye, she has magical life saving powers that even she is not aware of, she has a heart of gold… and a little shadow friend whispering “Nevertell” in her hear throughout their adventure. I really enjoyed this book, so did my youngest two, age 12 and 10. What’s not to love… a great and freezing escape, whispering stars, shadow wolves… it is an adventure of the most magical and compelling kind!!! 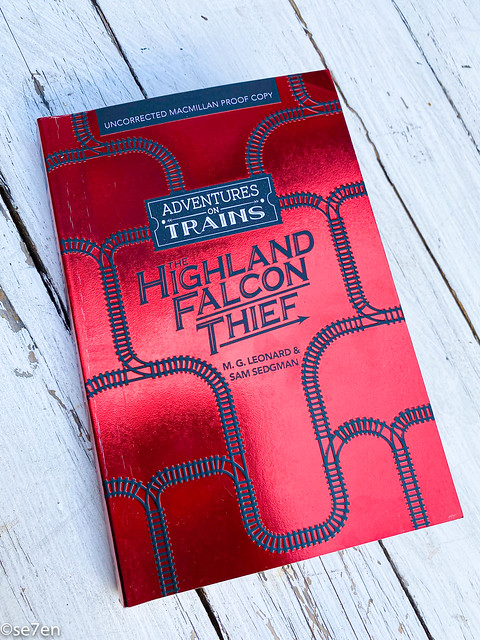 The Highland Falcon Thief by M.G. Leonard and Sam Sedgman

Another ripping adventure, this one we have been reading aloud as a family and we are loving it. This is a series that you want to get onboard (weak pun intended). It is the story of Hal, who is invited by his travel writer uncle to spend his holidays on the last voyage of the Falcon Express… and Hal could think of nothing more boring on earth. Until he discovers a stowaway… not to mention a jewel thief onboard. It is a fast read and the train steams ahead so does the story… M.G. Leonard is one of my favourite writers for a reason. So good!!! The illustrations make the story… think Indiana Jones and Agatha Christie, for kids and you will be on the right track (another weak pun). While I have to say I have always liked the idea of travel on a stream train, I wasn’t obsessed with it… but there are so many details in this book and presented in such an interesting way… train travel, particularly steam train travel has become a priority!!! I would consider this book to be essential reading and definitely one the best books of the year list. You can pop over to the book website here. 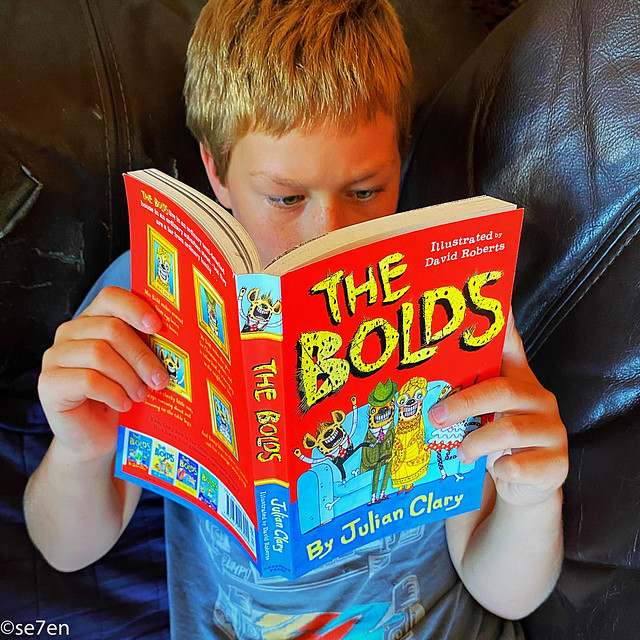 The Bolds by Julian Clary and illustrated by David Roberts

The Bolds are a bit of a phenomenon that we have only just discovered… so much so that they even have their own website. They are a regular family: Mr Bold, Mrs Bold, Bobby and Betty, and they live in a regular house in the suburbs. Or so they seem. The irregular thing is that they are actually a family of hyenas from the African Plains, who decide to dress up as humans and going and live in the English suburbs. It is hilariously funny for the age of jokes… perfect for beginner chapter book readers, it is picture rich and the illustrations are fabulous. It is a charming read and perfect short chapters for a bedtime read aloud as well. Definitely gets the nod of approval from us. 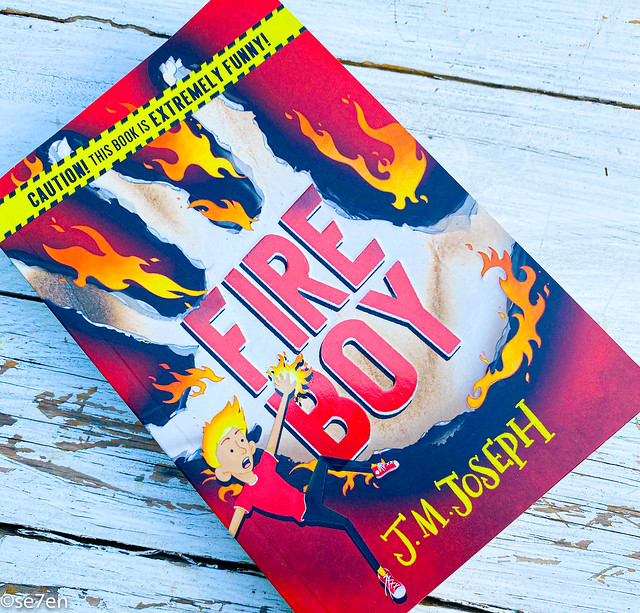 There cannot be enough emerging chapter books, honestly once kids get the reading bug they literally inhale books and so let us introduce you to the Fireboy. This is about a boy called Aiden, who receives a surprise delivery… a package of sweets from South America. He and his two best friends decide to open the package and try them before his granny wakes up from her nap and takes them. Anyway, these sweeties are surrounded in mystery, and not only that but they give their owner incredible powers… hence the name, Fire Boy. Obviously there is a mystery to solve… who sent the sweets and why? There is a circus involved and quite an adventure to be had. The great thing about this book is that even though it looks really thick, it is a quick and snappy read… loads of facts about loads of things… including South America. Hood 8, age 10, who adores virtual travel and facts, loved this book.


We would really like to thank PanMacmillan South Africa for the copies of these books that we received for review purposes. This post is not sponsored in any way and the opinions expressed are as usual our own.