When faced with teen reads on a book shelf in a store… it can be somewhat overwhelming. Books appear to be so different to the books we grew up with and while classics are always fabulous, new books are launched daily… the trick is to figure out the best from the rest. So we have read a few of the latest and greatest to help you make decisions and choices. The thing is a lot of teen reads look like they are lost in a sub-culture that is totally foreign to the rest of the world, this is not actually the case… but a marketers idea that it would make the books more exclusive to teens and therefore relevant to only them. The truth is these reads are great reads and usually relevant to all of us, in a world that is incredibly distracting for teens, teen reads have to hold on tight to their reader’s attention. And so teen reads often have to be read in a sitting, they are simply unputdownable…

The Latest and Greatest Teen Reads 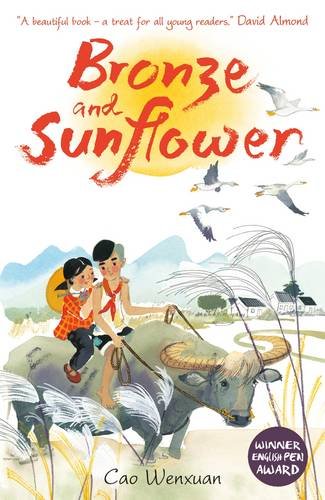 This book went into the teen read pile simply because my younger kids didn’t want to face a book almost 400 pages long… it is a story for any age, and would make a great read-a-loud and a younger avid reader might enjoy it too. It was originally written in Chinese and so it has a beautiful prose to it and a different way with words than an English writer would have. There is something so vitally important about reading books from another culture that have been translated for us the lyrics and rhythm of a foreign language add so much to the meaning of the story, one feels one is almost reading a folktale. Let’s get back to the book: it is the story of two children Bronze, and Sunflower, during the cultural revolution of the 1960s. Sunflower is from the city, her father has been sent to a cadre school in the country to work. Her father dies and Bronze, a boy, unable to speak, from a very poor rural family of subsistence farmers, convinces his parents to adopt her. The story intertwines in and out of their childhood, many scrapes and blunders along the way. The theme that is never far from the front of the story is a bleak poverty and survival in a harsh land, and yet these children seem to rise above and embrace an endearing and beautiful childhood. A poignant story… and a window into a foreign culture. As I wrote this review I was reminded that my friend at Playing by the Book had interviewed the translator for this book, take a look it is a fascinating read. 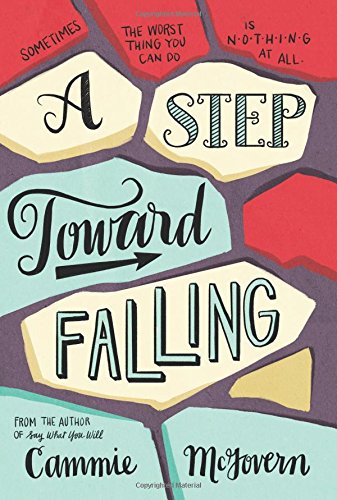 You know in the world of bullying there are always three players: the bully, the victim and the onlooker. This book is about the journey of the onlookers as they come to terms with the fact that they froze… and instead of doing something, anything, when they saw a brutal attack on a developmentally delayed girl at school. A brutal and vicious attack and they did nothing. Their school principal takes their lack of action very seriously and their punishment includes hours of community service within a class of disabled teens. The book is not about the brutal attack or about bullying, it is about the journey of an academically achieving gal and a school football player, and how they discover that disabled folk are really just regular folk that they were always afraid to relate to before and now that they had too… well there was a lot to learn, particularly, don’t judge a person by their labels. The book is narrated by Emily, the girl doing community service, and Belinda who is labeled developmentally delayed. I love that though Belinda clearly has a few issues, don’t we all, and is completely obsessed with Colin Firth, she is really just a regular gal. This book is a slow read, and an important read… it doesn’t beat about the bush. We are who we are, whatever our labels, and once you get to know someone the labels fall away and we are all just people… with hearts and hopes and dreams. 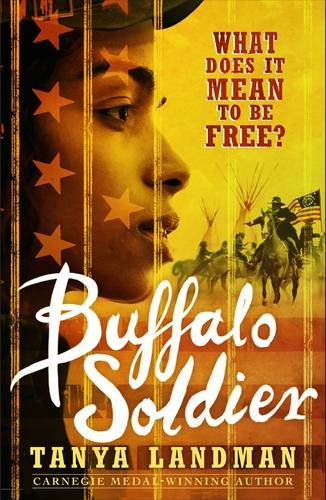 This is one of those books that you think you will just read a couple of chapters and end up reading from cover to cover. It is the story of incredible bravery and a fight to survive against all odds. The main player is a slave girl, Charlie, who can’t remember if her mother died or was sold. Slavery, it is a cruel and difficult life… when she first hears that President Lincoln, himself, and the north are anti-slavery, she heaves a sigh of relief. Only things don’t turn out as she dreamed at all and her miserable world is totally devastated by the effects of war… the cruel and vicious fate for those left in the wake of the American Civil War is something to be believed. She is quite literally alone in the world and cannot find any relief in this crazy world, in desperation she dresses up as a boy and becomes a soldier in a harrowing war. This book tells a story that those unfamiliar with American history will find hard to believe, could things have ever been this bad? This is a book that leaves you somewhat bereft for Charlie, you just want the world to be better for her. The reality of war and the ever present violence makes this a read for older teens. But the book doesn’t focus on the violence, the author is just telling the story as it is, which is unbelievably sad in places, brutal, it is raw and honest. This isn’t a nice book, but it is excellent, and important read. Next time you are feeling sorry for yourself, you need only think of Charlie and realise that life hasn’t handed you such a bad deal after all. This is definitely going on the must read shelf the year my high schoolers take a look at this era in American history… it is a must read, in fact, as nothing tells the story of history quite like a living book and this is definitely a living book. 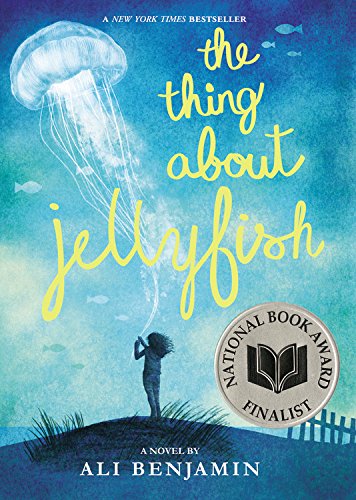 The back story is that Suzy and Franny have been best friends for years, but they start to drift in middle-school. There are a lot of issues in Suzy’s life… her parents get divorced, her older brother’s boyfriend and of course middle-school cliques. And then Franny dies in a drowning on a perfectly calm day and with all the troubles in Suzy’s life she cannot accept that “these things just happen.” Suzy retreats into a world of silence and the adult approach is to send her to a Psychologist once a week. She has another plan and decides that her friend must have been stung by a jellyfish and so she embarks on a scientific journey of discovery, as she travels she deals with her grief. This is a coming of age book, a child realising that there is more to life than just her life, it is an age of discovery. Her own discovery and scientific discovery. While this book could raise a number of contemporary social issues, it doesn’t… this book is appropriate for older children… it is a book about friendship and grief, but it isn’t a tragedy. There will be tears mind you. The kids in this book are on the cusp of childhood and their science teacher just continues to teach science, while their world’s are rearranging and redefining who they are. Honestly, the science teacher is the unsung hero of the book, just keeping things going on the straight and steady amidst her students’ teenage turmoil. Somehow, tenacious Suzy and her quest are inspiring, you find yourself thinking I must remember that line, that phrase, that paragraph. This book is a beautiful story and reminder that friendship deserves a whole lot more than a quick, “these things just happen,” before moving on with life. I love the scientific theme, and the fact that the author climbs into the head and heart of her protagonist, and sees very clearly the world from a seventh grader’s perspective. This book leaps straight into the “keeper” category. 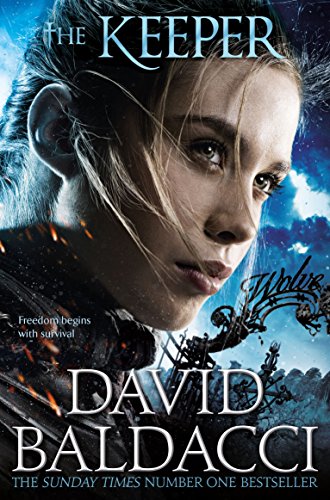 This is the sequel to The Finisher by David Baldacci. When we reviewed the first book in this series, none of my kids were keen to read something so dark and dystopian, but since then they are older and more well read suddenly this series is very popular over here and had to be reread from the start. So definitely books for older teens. Though you don’t have to have read the first book, it certainly sets the scene and book 2 begins right where book 1 ended. Expect to find yourself in a dark dystopian world full of weird and wonderful beings and pressing danger at every turn. This is a book with complicated characters created in a world that we can only imagine through the words of the author, and he does a good job to keep his readers up to date and understanding the unfolding drama. Once again, the protagonist is Vega Jane, and she has discovered that all she hold true is not true. All her life she has believed that no-one could leave Wormwood and on the far side of the surrounding Quag is nothing. Well, nothing is further from the truth… and she sets out to discover what is on the far side of the Quag. Of course it is a wild and dangerous journey, and a continuous fight for her life, crazy action and mind bending adrenaline. Adventure at its best. David Baldacci is the master of cliff hangers and you will find yourself on the edge of your seat throughout.

The Princess Diaries by Meg Cabot: We reviewed the Princess Diaries just recently, but the whole series is out and a fantastic teen read. Clear a weekend because you are going to want to read these in a sitting… one after the other after the other. Fifteen years since their first launch and just stylish and glamorous as ever you find yourself in the world of Princess Mia and the land of Genovia. this is the story of Meg growing up and her relationship Michael grows up with her… and then there is Grandmere, that seems to interfere with everything and is alway putting a spanner in the works. This is not just girl meets boy and endless ins and outs, it is the story of contemporary teen life with a couple of mysteries and adventures thrown in, and a whole lot of funny for good measure. Meg Cabot is a reliable name, she has a way with words and her writing draws you into her books, she is engaging and totally fun:

This post is the third in a series we are writing on the latest and greatest reads, previously:


What We Are Reading Right Now – the Chapter Book Version
What We Are Reading Right Now – the Picture Book Version
We would really like to thank PanMacMillan Books South Africa for providing us with the books to review for this post. We would like to declare that this is not a sponsored post, we were not paid to do these reviews, just provided with books. All the opinions are as usual, entirely our own!!!

7 Replies to “What We Are Reading Right Now: The Teen Version…”