World Turtle Day was the perfect reason for the Two Oceans Aquarium to present an evening of Environmental Talks by such inspiring speakers. It was fantastic and I thought it would be a great idea to give you a summary of what we learned. Six fabulous speakers, one of them even inside a tank, spoke to us about relevant local environmental issues. 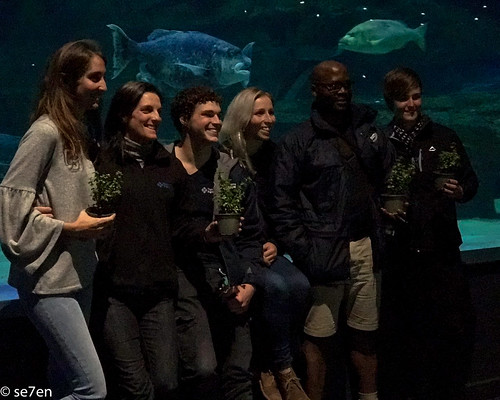 Turtles are threatened for a number of reasons, firstly they are eaten and their beautiful shells are used for commercial products. They are also bycatch, which means they get caught in large fishing nets. They are very vulnerable to plastic pollution, they think balloons and plastic bags are jellyfish and eat them. And their habitats are threatened by sea level rise and so many more coastal developments, where they are distracted by the lights. Not to mention the change in ocean temperatures means that their is a change in gender… warmer waters means more female turtles and cooler waters mean more males. 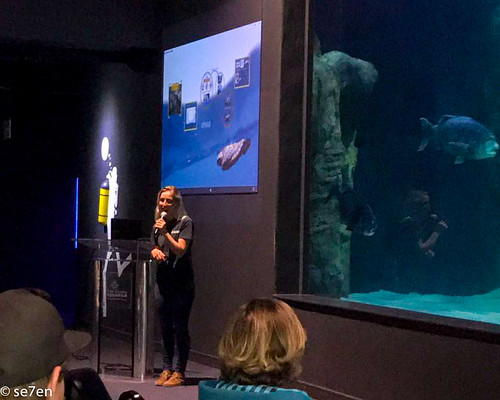 In South Africa Loggerhead and Leatherback turtles wash up on our Southern Coast. Talitha runs The Turtle Rehab and Release Facility. Turtle wash-ups are rescued, data is collected, they measured, weighed, cleaned, fed often tube fed or little piece by little piece with tweezers and they are each kept in their own quarantine tank until they are well enough to be released. Their rehabilitation requires a lot of feeding and a lot of cleaning, since this is a sterile hospital environment for tiny turtles. Many of the turtles have serious medical issues when they arrive, they all have fungus growing on them, but more seriously their tummies are filled with micro-plastics which can be seen on x-rays. The goal is to release the turtles after about 6-8 months. They can only be released when they are healthy and able to survive… it is illegal and unethical to release an impaired turtle back into the wild. 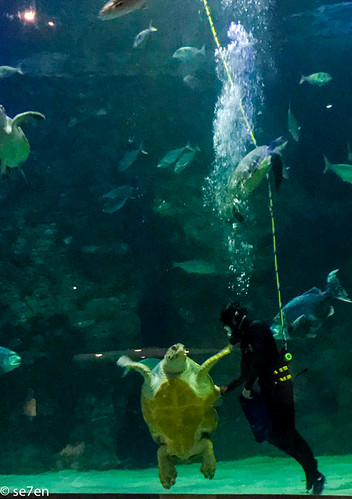 From inside the tank, Simon Leigh who is an animal behaviourist, showed us how playful and just adorably cute and personable the turtles are. Each with their own sweet personality. There is Yoshi, that arrived when she was the size of a dinner plate and is now over 150 kg. She loves having her back rubbed to get the algae off her shell, not with a brush mind you, but with your feet. Then there are two green turtles at the aquarium as well… they get their name because as they get older their diet changes from jelly fish to eating green kelp and the chlorophyll in the plants affects their colouring. Sandy was rescued after a boating accident, her shell was severely damaged and her health drastically compromised because of that, she had undergone surgery and her shell is very slowly but surely repairing. And Bob, who did not eat for the first three months of his stay, because his stomach was filled with plastic… they had to wait for it to pass before he could eat real food. He also had meningitis and as a result has only partial vision. 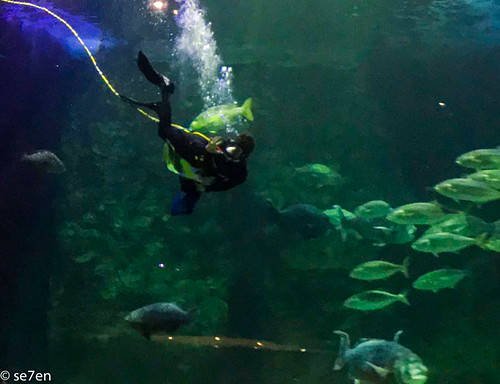 These turtles love attention and need tons of affection, one of the challenges of keeping them in the tank is to keep these friendly turtles stimulated. They try and give them interesting food… Bob’s favourite food is lettuce. Otherwise lettuce frozen in ice blocks presents a challenge. There is a lot you can do to support our turtles… raise awareness, if you are not afraid of a lot of poop, you can volunteer and you can become a turtle ambassador. 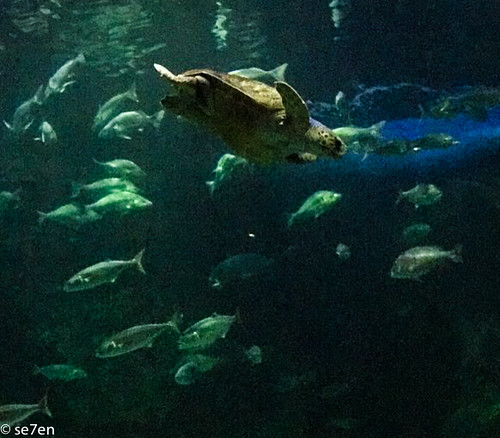 Bongani told us about his Stepping Stone Project that connects birds of the South Peninsula Mountains to the Wetlands on the Cape Flats. His idea was to create a corridor of biodiversity gardens, particularly bird friendly gardens in local schools, linking the Muizenberg Mountains to Rondevlei. They planted small gardens in local high schools, rich with plants that would encourage our local sunbirds and sugar birds to visit. The birds pollinate our local fynbos plants, particularly proteas and critical to continuing our rich and unique biodiversity. As the bird dips its long beak into the flower for nectar so it collects and deposits pollen as it moves from flower.

The problem is that in the South Western Cape we have a small and unique biome with a very rich biodiversity in this area is the City of Cape Town, a highly urban area. The urbanisation breaks up the natural areas and makes it hard for the birds to perform their unique task of pollination. What they needed to do was to plant nectar rich areas and create a memory for the birds that nectar is there. They chose a number of schools and created gardens… greening the schools, teaching the learners about our local biodiversity and our natural heritage. The idea is that we create more and more biodiversity gardens so that the birds can get right across the Cape Flats, the more the birds move around and pollinate plats in our region the better the chances for sustaining our natural heritage. I love this project, it is something we can all be a part of, creating gardens with indigenous plants, where our local birds would love to visit. 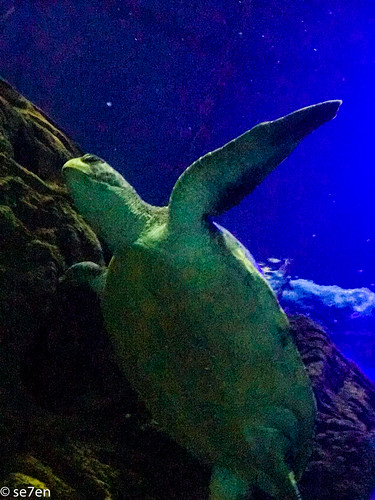 Similar to the Great White Sharks in False Bay are the lesser known Broadness Sevengill Sharks. While False Bay is famous for its large aggregation of Great White Sharks at Seal Island, across the bay at Miller’s Point it is possible to have personal diving encounters with up to seventy sevengill sharks. Sevengill sharks are apex predators, that is they are at the top of the food chain. Apex predators are critical to the food chain and without them our rich biodiversity would collapse. These sharks, which have similar diets to the Great White Shark, do not have the protection that Great White Sharks have… because they are data deficient. Not a lot is known about their behaviour at all. They have been using acoustic telemetry to track the sharks. The sharks are caught with landlines and placed in a cradle alongside the vessel. Data is collected and a transmitter attached before they are released back into the ocean. Each shark transmits a unique ping, when it swims within range of an acoustic array of receivers. Once a year the data is collected from the receivers and analysed and from this data they are hoping to determine critical habitats, and how this species interacts with other species. You can read more about this project here. 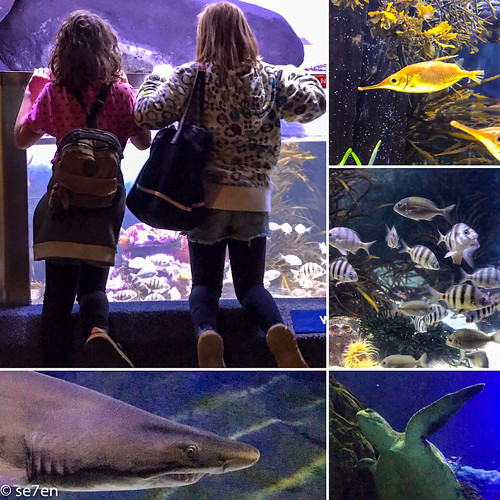 Hayley McLellan and her Rethink the Bag Campaign.

In a world that is passionate about respecting our bodies, we need to get respectful of our world and environment too, because that is our life support system. In the ocean huge accumulated currents called gyres are essential transport systems around the globe, they are vital to our ocean’s health. They transport heat and food and horror of horrors, plastic. Her comment for sushi lovers was that they are at the top of the ocean food chain and they need to be aware of what they are eating. We are horrified when Bob the turtle eats a plastic bag and we definitely wouldn’t want to eat one ourselves. It is time to ban them and stop single use plastic.

A short sharp message: Rethink the bag. 8 Billion Shopping Bags are used a year. Ban them. Other items we find loads of on beach clean ups like cigarette butts, the filters are filled with toxins that are then eaten by sea life. Once you have seen a video of them taking twelve minutes to remove a straw from a turtle’s nostril you will never want to see an animal in pain like that again and you will never want to use a straw again. Cut the loops on your packaging to prevent animals getting entangled. Use a reusable water bottle, a glass or a metal one, where ever you go. So much is wasted for five minutes of convenience. Finally join the International Coastal Clean up on September the 16. Start with one thing and make the change. 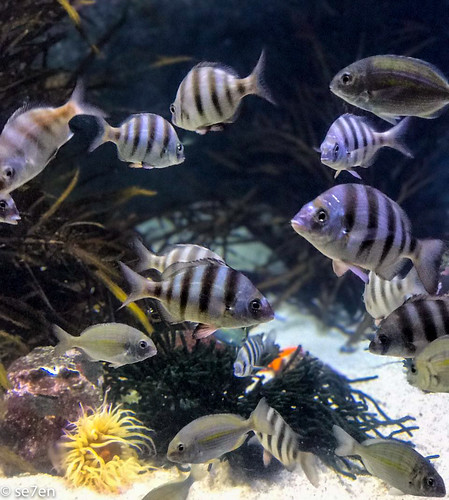 Lauren de Vos works with the Save our Seas Foundation in False Bay, she catches footage on video on the biodiversity of sea life in False Bay. With the use of BRUVS, Baited Remote Underwater Video Surveys, with gopro cameras that have bait attached to them, in order to document the fish that you find in the region. She is a fish detective, trying to determine wish fish live where and how their numbers change over time, there are a lot of pieces to the puzzle that need to be put together.

False Bay is an interesting place for ecologists… where you find fish of the cold Agulhas current and fish from the Warm Benguela current… you also find fishermen, and recreational users and a large urban fringe surrounding it. She has found that there are so many uses for the ocean… for wondering, for adventuring, exploring, worshipping, well being, shear joy. The wonder and discovery of exploring under the ocean just shows that you don’t have to be a scientist to change the world. 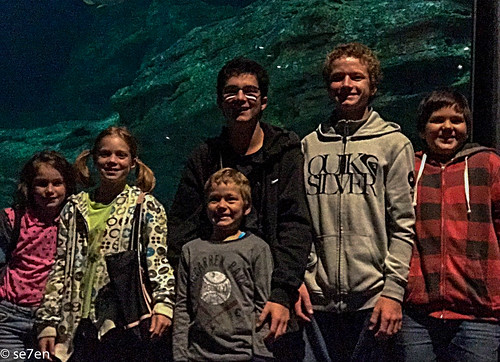 If you have a couple of eco-warriors in training then look out for fabulous environmental nights at the aquarium on their website.